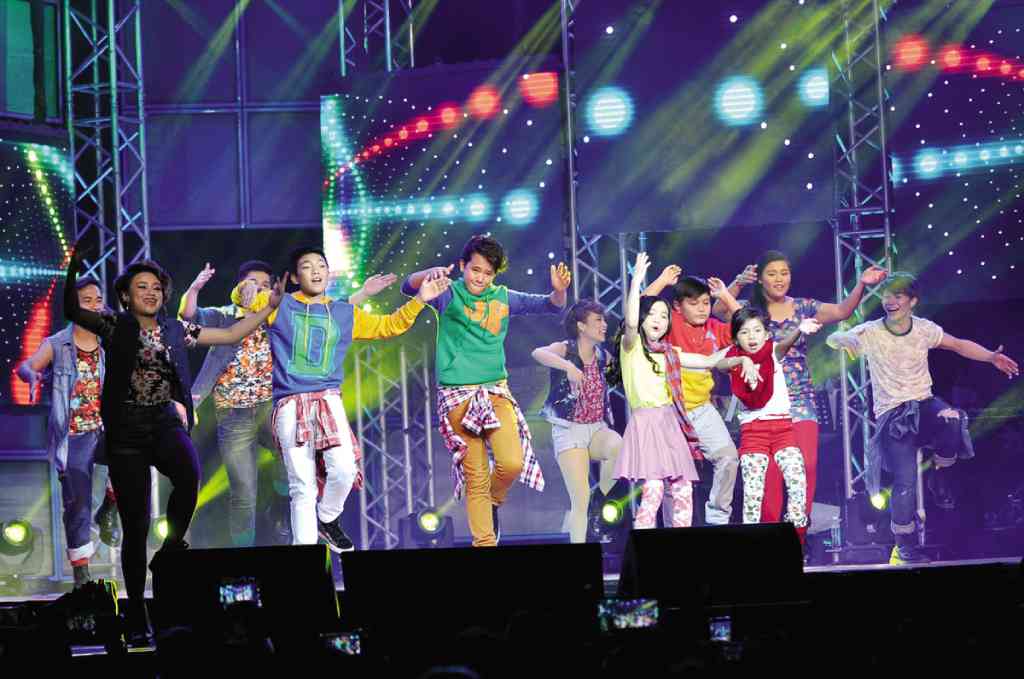 The kids strut their stuff as adoring fans cheer them on.

“The Voice Kids: All In,” was held on Saturday at the Philippine International Convention Center Plenary Hall. Thousands of adoring fans turned up. It would have made any young performer nervous. But if these kids were, they didn’t show it. 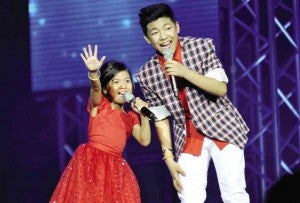 Lyca and Darren in a lively duet

Precocious and fearless, they sang, danced, and worked the audience with remarkable poise and infectious playfulness.

Lyca, 10, the tilt winner, apparently had the most to prove—at least to those who insist she won only because of sympathy votes (owing to her humble background). On Saturday, Lyca proved she was a worthy champion, tackling her songs with power and tenacity in equal parts.

She was impressive as usual in such demanding Aegis hits as “Basang-Basa sa Ulan” and “Halik,” but sounded even better when she wasn’t injecting rasp and grit into her voice. Performing Sarah Geronimo’s R&B-tinged “Ikot-Ikot,” Lyca let her naturally rich tone shine and showed that she’s a capable dancer to boot. “Small but terrible,” special guest Mitoy Yonting, “The Voice Philippines’” very first winner, described her.

Juan Karlos, 13, turned on the charm from the get-go, thrilling girls in the audience with slick moves in “Sway.”

After which, to earsplitting screams, he took off his coat “because it’s hot.” JK wore his heart on his sleeve, sobbing while singing (beautifully) “The Man Who Can’t Be Moved,” dedicated to his late mother.

Darlene, 10, was vivacious onstage. And though a bit shouty in spots, she delivered good renditions of “Girl on Fire,” “Tomorrow” and “Break Free.” 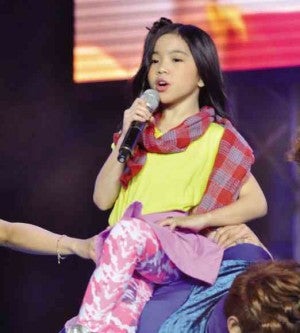 Darren, 13, Lyca’s runner-up, is still the most polished and most versatile of the lot. He held his ground against Mitoy in a duet on “Foolish Heart.” Slaying high notes during photo ops? No problem.

The amiable Fil-Canadian took on Maroon 5’s “Animals” and One Direction’s “What Makes You Beautiful,” displaying terrific control of his instrument, and equally impressive dancing.

Edray and Tonton, fifth and sixth placers, were given ample spots, singing “Tulak ng Bibig” and “Dance with My Father,”

Lyca and friends also presented group numbers that included a Christmas medley and a rousing performance of “Heal the World.” To end the show, they sang “Happy” amid rains of confetti—which Lyca and Darlene instinctively scooped up, and gleefully threw into the air.

Kids will be kids.