‘Beauty and the Beast’ director on working with Alice Cooper 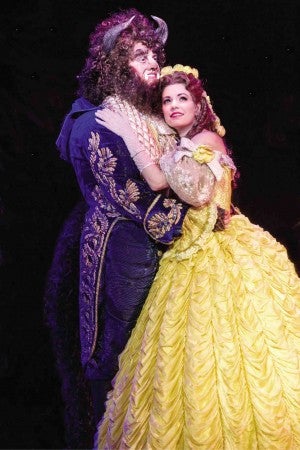 DARICK Pead (left) and Hilary Maiberger as the Beast and Belle

LOS ANGELES—Rob Roth, who directs the “Beauty and the Beast” production that’s coming to Manila, not only directed the original Tony-nominated Broadway version but also collaborated with Elton John and Tim Rice (“Aida”) and rock legend Alice Cooper (four world tours) and wrote a coffee table book featuring his collection of rock and roll graphics (the largest in the world), “The Art of Classic Rock.”

According to Rob, Alice Cooper saw a surprising but valid parallel between the rock icon’s shows and “Beauty and the Beast.” That and more were shared with us by Rob who also works with diverse artists from Cyndi Lauper to pulp fiction author Jackie Collins.

We saw the Manila-bound “Beauty and the Beast” touring production in Rochester, New York last May. The show packs the same magic, spectacle and charm that it did the first time we saw it years ago.

“Beauty and the Beast” runs at the Cultural Center of the Philippines Main Theater from January 9 to 25, 8 p.m., with matinees at 2 p.m. on Saturdays and Sundays. Tickets are available at TicketWorld outlets (891-9999) and online at www.ticketworld.com.ph, beautyandthebeast.com.ph and www.facebook.com/beautyandbeastph.

How is this production special?

In every way! This is a brand-new production of the show, which the entire creative team is very proud of. The cast is very talented. Manila audiences will be blown away.

You directed the original production. Can you tell us why, 20 years later, the show is still so popular and beloved?

I believe the show’s incredible popularity around the world is primarily due to the story, which is timeless. Everyone can relate to it. The show is popular with children, their parents and grandparents. The score by Alan Menken is timeless and beautiful.

What do you remember about directing that original production 20 years ago?

I remember being very excited and very nervous! But the primary memory is the first audience response, which was over-the-top enthusiastic. Even though at that point the show was a little bit long, and we did plenty of editing to get the show ready for Broadway, the audience response in that first preview was astounding. 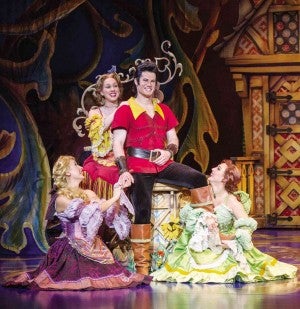 Can you estimate how many times you’ve seen “Beauty and the Beast”? How often do you check in on the show to make tweaks?

I’ve seen the show probably over 1,000 times around the world. I have a fantastic associate, who sees the show every eight weeks or so. And we have a world-class stage manager who is with the show everyday, and maintains it in fine form. I get daily show reports so I am very aware of what’s happening with every production of the show around the world every day.

What numbers or moments in the show still get to you?

It boggles the mind how a show with elaborate sets and costumes can travel around the world, from Milan to Manila. Can you talk about that?

This version of the show was designed from the ground up to be able to tour the world. It takes a team of amazing technicians to unload and assemble it. We travel with a fantastic crew who will join a great crew in Manila to accomplish this.

Would you say that, if Gaston lived in these times, he would take the most “selfies”?

Yes! Gaston actually gives Belle a “selfie” portrait in the show, which he probably painted himself.

You and Alice Cooper have a long history of collaboration. Please tell us about the man behind the rock legend?

Alice is the smartest and kindest man. A true professional, great at his job. And hilarious. He was a childhood hero of mine so it is particularly gratifying to have him as a close friend and artistic collaborator. Alice just quit eating sugar, which presents me with a real challenge, since I like candy!

I read that Cooper has watched “Beauty and the Beast.” What was his reaction to the show?

Alice has seen “Beauty” a number of times, both on Broadway and in London. He just loved the show and told me that he saw the “Cooper influence” in the show. I wasn’t sure what he meant, and so he explained: “Well, there’s makeup, costumes, magic illusions and great dramatic lighting, all integral parts of the Cooper stage show!” He’s right!

You are also working with Jackie Collins on her play, “Hollywood Lies.” Can you give an update on that project? What was your first meeting like?

Jackie Collins is awesome. I love working on the play with her. As you would expect, she is smart, confident and funny. We are hoping to have the show produced next year. 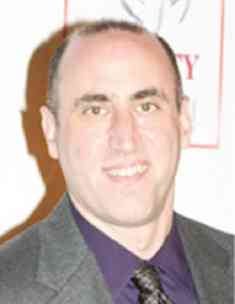 ROB ROTH says he probably saw the show over a thousand times around the world.

In your research for the interesting play “Warhol Capote Strange Dents,” what were the most interesting things you learned about Andy Warhol and Truman Capote?

Andy and Truman are fascinating to me. They are two of my favorite artists of all time. One thing that I learned about them was that fame and fortune didn’t bring them happiness. In fact, I think it hurt them. I titled the play “Warhol Capote Strange Dents” because they are two odd men who were dented by genius and fame.

You have a coffee table book, “The Art of Classic Rock,” which features pieces from your collection of tour posters, memorabilia and merchandise. What are your most cherished items in the collection?

My most cherished item is “The Object,” which is featured on the cover of Led Zeppelin’s album “Presence.” It is a black twisted sculpture, and I have the one they used to shoot the album cover! It is in my bedroom and I can’t believe that I have it!

What are some of the dream projects that you hope to do someday?