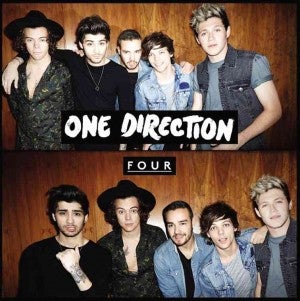 Will the recent controversies involving One Direction—from weed-smoking to plagiarism—put a dent on the famous quintet’s chart-topping feats? When “Midnight Memories,” the group’s third studio recording, was released in November last year, 1D became the first band in the history of the Billboard 200 to have its first three albums debut at No. 1. Will “Four,” the latest album of Harry Styles, Liam Payne, Niall Horan, Louis Tomlinson and Zayn Malik, follow suit?

We don’t have the answers just yet. But, the boys’ squeaky-clean image got a beating early this year when, among other things, a five-minute video was leaked, showing Louis and Zayn “smoking happily” in Peru! If those demoralizing “indiscretions” have indeed turned off their teenage fans, we will know for sure when results of the seven-day tracking period are released next week.

If their tabloid-fodder, headline-hogging “adventures” don’t put you off, neither will the songs featured in “Four,” which gathers sleek, cleverly crafted pop confections that bank on the boys’ maturing performing chops—even when their songs aren’t lyrically distinctive, they know how to milk their prosaic sentiments, and make their melodies sing-along-worthy.

“Steal My Girl,” the Journey-channeling carrier single, draws attention with its whimsical energy. Just as contagious are “Fireproof,” garnished with ravishing harmonies in the background, and the rock-tinged “Where Do Broken Hearts Go?” speculated to have been inspired by Harry Styles’ breakup with ex-flame Taylor Swift: “Counted my mistakes, and there’s only one/Standing up on a list of the things I’ve done/All my crimes don’t come close/To the look on your face when I let you go.”

The slow jams worth noting for are Ed Sheeran’s schmaltzy “18,” the heart-warming second single, “Night Changes,” and “Fool’s Gold,” which is significant for the haunting, “Safe and Sound”-like smolder of its first half, and the rousingly rockier edge of its second half.

If you’re on the lookout for the fun, dance romps of, say, “What Makes You Beautiful” or “Best Song Ever,” the pounding rhythms of “Girl Almighty” and the punk-rock flourishes of “No Control” won’t disappoint!