Hurtling across the expanding universe of Christopher Nolan’s vaulting imagination 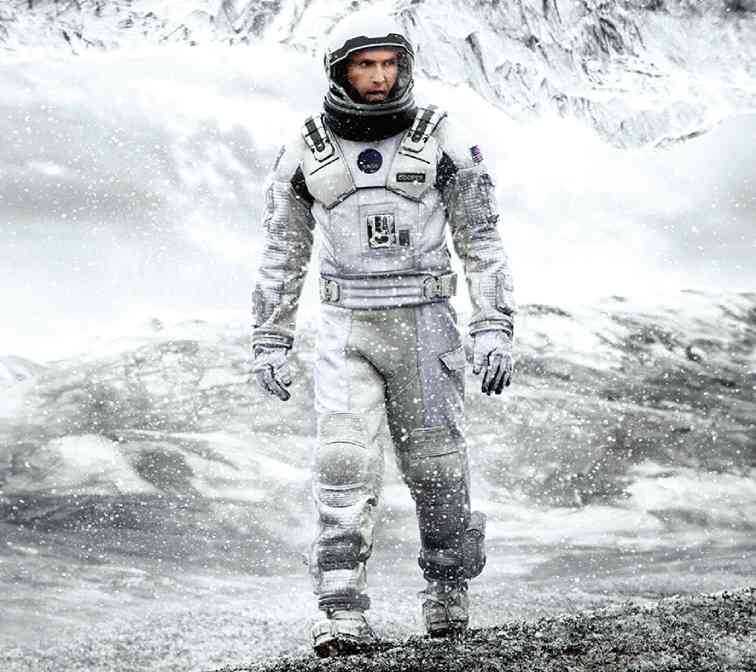 MCCONAUGHEY. Turns in most heartfelt portrayal in ‘Interstellar.’

Ever since “Inception,” we have been a follower and admirer of Christopher Nolan’s amazing film output, characterized by his knack for making reality turn turtle to reveal the actual meaning and essence of its heretofore recondite heart of hearts.

This penchant comes to its fullest and most mind-bending fruition thus far in “Interstellar,” in which the modern-day Merlin juggles multiple planets and themes at the same time—no less than the very survival of the human race, the “scientifically provable” power of love, time and space and gravity in elegant equipoise, as well as other themes—combined and intertwined!

Yes, a lot of his futuristic story and thesis is still theoretical, but he’s such an involving and competent filmmaker that he’s able to make it not just believable but also emotionally meaningful—for three long hours!

The film’s sheer length alone would dissuade some viewers from going the full distance, but those who persevere are rewarded by rare insights into the rarely limned but coolly copacetic synergy between sci-fi, science, art—and heart!

At film’s start, our world is wracked by the deadly spasms of oxygen deprivation, which has made some brilliant engineers and savants plan to resuscitate the planet—or, failing that, to look for new worlds to migrate to, so that the human species can survive.

“Plan A” in this regard requires the journey through distant space of astronauts who may have to spend decades traveling through space and time—and may thus be very old men upon their return—if they do come back.

The improbability of this positive outcome enrages the young daughter of the commanding astronaut, because she doesn’t want to lose him. In her messy mix of negative emotions, she even imagines “ghosts” trying to communicate with her from “somewhere” vague and far. No spoilers here, but at film’s end, the young girl’s phantasms turn out to be—someone to be loved, not feared!

How Nolan is able to “bend” the “universe” of his inspired storytelling is a marvel that beggars literal and logical explication—and, in our view, makes him one of this generation’s cinematic visionaries—and geniuses.

Aren’t we damning the man with excessive and unsupportable praise? We hope not, but we’re willing to take the risk (even if the less extravagantly emotional filmmaker isn’t)!

Another major achievement that enables the film’s emotional content to “level up” to its sci-fi splendors is the equal care and screen time it lavishes on its characters’ human stories, which may initially feel pitifully insignificant compared to its sci-fi and cinematic highlights.

But, it soon becomes clear that it’s their back stories that provide the power that genuinely drives and makes human sense out of all the amazing scientific discoveries that the film is trying to make comprehensible and meaningful to the nonscientists and armchair astronauts in the audience.

In the service of this most important unifying objective, Matthew McConaughey turns in his most heartfelt portrayal, as the scientist-dad who has to leave his beloved daughter behind—and finally makes it back to her the way he looked many decades ago—while she’s already dying of old age!

Without this deeply emotional connection between father and daughter (played in adulthood by Jessica Chastain, and in old age by Ellen Burstyn), “Interstellar” would have ended up merely as an amazingly splendid piece of cinematic and scientific craft.

But, truly empowered by the heretofore underappreciated strength of shared love (“the only known element that transcends both space and time”), the film becomes a faith-redeeming cinematic, scientific, human and humane viewing experience.