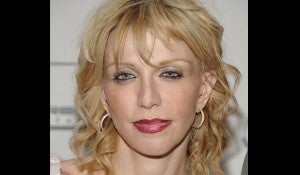 NEW YORK—Courtney Love, the hard-living rock star and actress known for her band Hole and for her brief marriage to Kurt Cobain, has a book deal with William Morrow.

Morrow is an imprint of HarperCollins Publishers. It announced Thursday that Love will “set the record straight.”

Her memoir will address life with Cobain, the Nirvana leader who died in 1994, her drug problems and her Hollywood career.

The memoir is currently untitled and is scheduled to come out next fall.

Read Next
A Toronto treat
EDITORS' PICK
vivo brings to the Philippines a powerful smartphone with a slimmer body, the vivo Y02s for only PHP 6,499
Apple warns of flaw that lets hackers into iPhones, Macs
46% of schools nationwide to have full face-to-face classes on Aug. 22
House energy committee chair Arroyo bats for cheap electricity
What to watch out for when selecting a video surveillance solution
Heads may roll at BOC, says Palace if sugar smugglers are allowed to use recycled import permits
MOST READ
DepEd to give teachers P5K cash allowance within first week of classes
LOOK: Miel Pangilinan dazzles in glittery pre-debut shoot
DOJ indicts bank officer in $2.1 billion Wirecard fiasco
PH importing sugar after all: Marcos okays 150,000 MT
Don't miss out on the latest news and information.