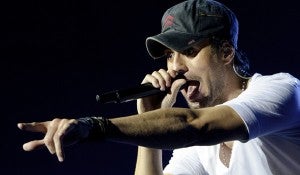 NEW YORK—Pop stars are lining up to make their debut in Facebook games from online game maker Zynga.

Starting Tuesday, “CityVille” players on Facebook will be able to interact with Iglesias’s character when he visits their cities. They’ll get to collect items the singer is known for and watch previews of his newest music video.

Zynga declined to give financial terms of the deal or say whether it plans more celebrity integrations, citing the fact that it is in a typical “quiet period” before its planned initial public offering. The San Francisco-based company filed registration papers in July for an IPO, and it’s expected to make its public debut this fall.

Iglesias said his team approached Zynga with the idea for a game integration and was involved from the beginning on the design and deciding what characters could do. They can collect virtual hats, boots, bling and a speed boat — representing the time Iglesias lived in Miami and owned one.

“I thought the fans would get a kick out of it,” he said.

“CityVille,” which is available on Facebook and the fledgling Google Plus, lets players build up and run virtual cities complete with farms, buildings and all sorts of infrastructure one would find in a real city.

The game is free to play; Zynga makes money by charging for virtual items players use to decorate their cities and to get ahead in the game. The Iglesias tie-in will be available only on the Facebook version of the game.

“It’s the first time Zynga has had such an entertainer being an integral part of the game,” said Scott Koenigsberg, director of business strategy for “CityVille at Zynga.

Iglesias said he has played “CityVille” — once. He has an addictive personality and, since being inseparable from Nintendo’s “Mario Bros.” as a child, has stayed away from video games, he said.

“I know that if I start playing it, I won’t get any work done and I’d just be on it all the time,” he said.

In addition to the Iglesias avatar and special items, the game will feature a new single featuring rapper Pitbull, “I Like How It Feels.” Players will also be able to unlock a building called “Euphoria Arena” — referring to Iglesias’ current tour and album. The virtual arena will stay in their cities even after the Iglesias promotion ends on October 10.

Iglesias said it was important to interact with fans, especially younger ones, in new ways especially with the problems facing recording companies. That’s where social media comes in.

“For me personally (record labels) are still essential,” he said. “But every day it’s becoming more and more about the artist dealing directly with the fans.”