The happy-sad songs of ‘Chicago’ 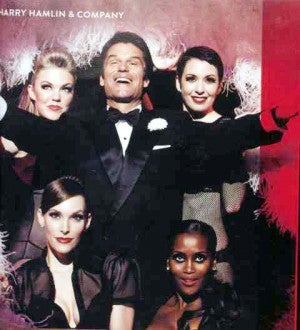 HARRY Hamlin as Billy Flynn in 2007

Whoever plays the smooth-talking lawyer Billy Flynn in the coming Manila run of “Chicago the Musical” (still no name announced at press time) should find it easy prepping with local references because the dailies are filled with them.

Among the best-known singer/actors who have taken on the role are Michael C. Hall, Harry Hamlin, Usher, Huey Lewis, Brian McKnight, Billy Ray Cyrus, and the late Patrick Swayze. In the 2002 movie version of the satirical stage musical by Fred Ebb, John Kander and Bob Fosse, it was Richard Gere.

In New Orleans’ historic Saenger Theater recently, on opening night of the Broadway cast’s current US tour, a few Philippine journalists gleefully watched John O’Hurley as Flynn. It was clear that personality was little more than packaging for the songs assigned to the character, a sleek and jaded, oddly charming manipulator, whose signature strategy is to turn clients into celebrities.

Flynn’s advice to his client Roxie Hart, accused murderess, echoes the ill-concealed tactic of some personalities in current headlines about variations of that charge, for example, murder of public trust.

“Give ’em an act with lots of flash… give ’em the old hocus-pocus (how can they see with sequins in their eyes?) Razzle dazzle ’em and they’ll never catch wise!”

That kind of hurts.

“Stun and stagger ’em. When you’re in trouble, go into your dance.”

The good news (or bad—you decide) is, this note is not exclusive to hard news stuff. “Long as you keep ’em way off balance, how can they spot you got no talents? Razzle dazzle ’em and they’ll make you a star!”

Initiates may be waylaid by the catchy melodies and playful performances. But the lyrics of virtually every number in the musical slice through familiar aggravations.

The character Matron “Mama” Morton, “mistress of murderers’ row,” is acutely recognizable. From “When You’re Good to Mama,” her signature song: “The system called Reciprocity works. You do one for Mama, she’ll do one for you.”

Roxie Hart’s “Roxie,” encapsulates the cult of personality: “I’m gonna be a celebrity—somebody everybody knows. They’re gonna recognize my eyes, my hair, my teeth, my nose.”

Roxie’s “frenemy” and prison block mate Velma Kelly, echoes that in “I Know a Girl,” venomously:

“[She] tells so many lies, anything true would cross her eyes. But what [she] is selling, the world buys.”

Seniors, men and women alike, may tear up over a song of nostalgia cryptically titled “Class,” and sung by Mama and Velma. Or they may end up chuckling instead:

On Nov. 23, “Chicago” stages its 7,486th performance on Broadway, making it officially the longest-running American musical in the foremost theater district. In Manila, it runs Dec. 3 to 21 at The Theater at Solaire Resort and Casino. (Call 8919999.)