Catching up with the Jacksons | Inquirer Entertainment
Close
menu
search

Catching up with the Jacksons 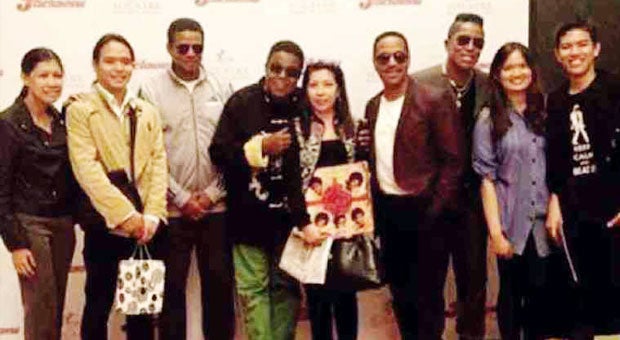 Being Michael Jackson’s   imaginary widow, it was quite surreal to meet MJ’s brothers Jermaine, Tito, Marlon and Jackie before their show at the Solaire Grand Ballroom on Nov. 3.

During their first trip to Manila in 1979 as The Jackson 5 (with MJ ), my mom (Inday Badiday) got to interview them. She got me the guys’ autographs. My mom told me that MJ fell off the wobbly chair in the radio booth while they were on air.

During my photo session with them, I showed them the record sleeve of their classic Christmas album which features “Give Love on Christmas Day.” They were also pleased when I gave them a copy of my column with their picture in it. I was thrilled when Tito called me “sweetheart.”

According to a member of the production staff, the brothers are kind and easy to work with. They wanted to meet Manny Pacquiao, but he wasn’t in town.

Watching their show was the next best thing to seeing MJ perform live again. Yet it also made me miss MJ all the more.

I got misty-eyed when Jermaine sang “Gone Too Soon” as pictures of MJ were flashed onscreen. The Jacksons’ concert was bittersweet.

I bumped into West End sensation Joanna Ampil after the show. She shared her thoughts on the concert: “The Jacksons’ show was the highlight of my year. I bought five different The Jackson 5 albums on iTunes after the show. The brothers still looked groovy, danced effortlessly and owned the stage. They’re so gifted. Marlon’s energy was amazing. I have a soft spot for Jermaine, though, because I followed him on ‘Big Brother’ (UK) in 2007. I was in such a happy place that night.”

Is it true that John Lloyd Cruz got disappointed that his latest movie, “The Trial,” didn’t fare well at the tills compared to his previous blockbuster films?

According to someone close to the actor, Lloydie feels that it was his best portrayal and yet his fans did not support it as much as his rom-com films. The acclaim and acting trophies that will surely come his way will more than make up for “The Trial’s” lackluster box-office performance.

The OPM scene will witness a major shakeup in one of the country’s top bands early next year.

I am not at liberty to divulge details yet. Suffice it to say that it will be a big change that will irrevocably affect the band.

The sound of silence or sound of music? Stay tuned! 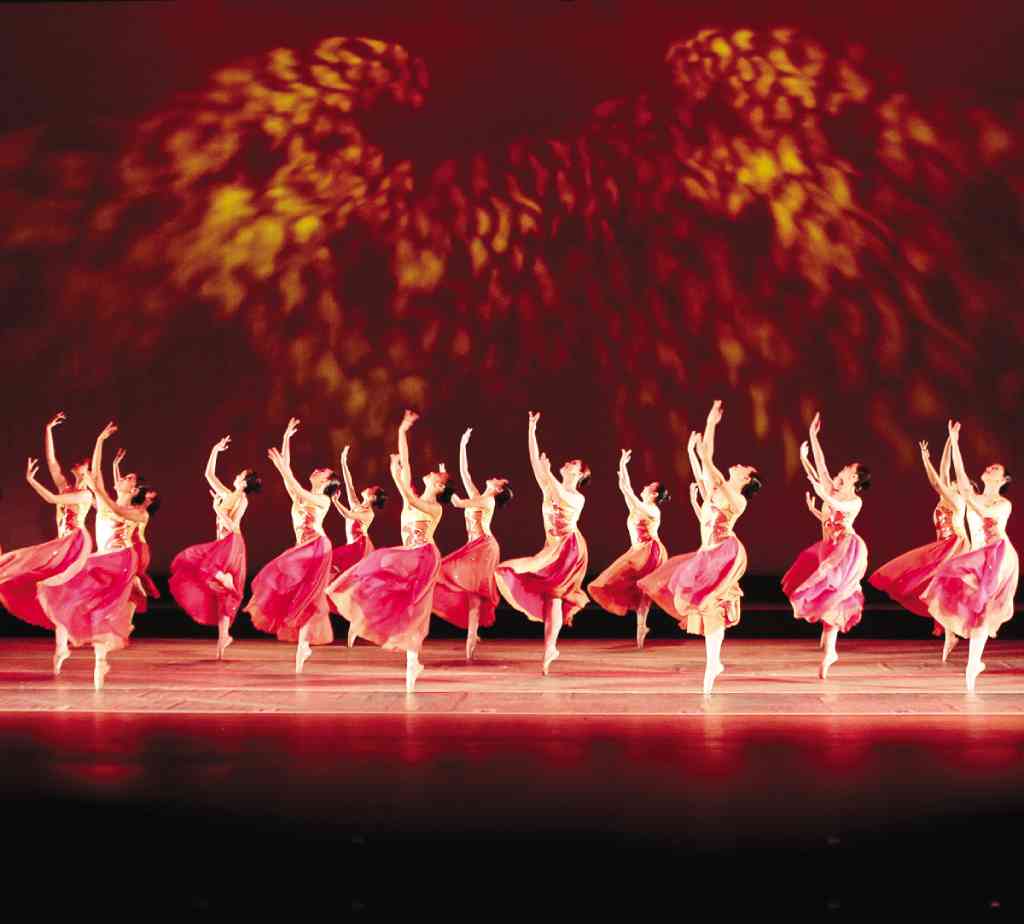 Not too many people know that before my mom became Inday Badiday, she was a ballet teacher. I was one of her first students. But when show biz beckoned, she stopped dancing and so did I.

That’s why the frustrated ballerina in me enjoyed hanging out at The Halili Cruz School of Ballet (HCSB) during the rehearsal of the Michael Jackson impersonators for our recent “MJ Thriller Halloween” show.

HCSB was established by Shirley Halili-Cruz in 1985. Its state-of-the art studio is located at 1227 Quezon Avenue in Quezon City.

(For details, call 4130804 or visit www.facebook.com/halilicruzballet.)

Ms. Shirley came up with a five-level Baby Ballet syllabus and a 12-level Classical Ballet syllabus, based on the Filipino physique, innate artistic ability and culture.

These programs cover the different levels of ballet, which the HCSB offers all year round.

To date, the school has come up with various productions, all of which elicited rave reviews. Unleash the inner ballerina in you at HCSB and dance like everybody’s watching!

Muchisimas gracias to Sandy Hontiveros, Mary Ann Sta. Ana and Romm Burlat for facilitating my super-close encounter with the Jacksons.