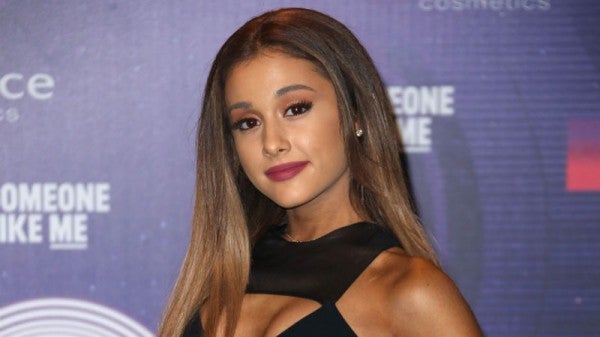 Londres, Royaume-Uni – Pop stars Ariana Grande and Nicki Minaj sparkled at the MTV Europe Music Awards on Sunday, held in the Scottish city of Glasgow for the first time.

After opening the show with a thumping performance dressed in a futuristic silver leotard, Grande won best female artist and best song for her hit “Problem.”

Pop star and rapper Nicki Minaj was praised for her slick hosting of the awards, which included a nod to the host city with a rap about shortbread and whisky.

Dressed in a sheer black catsuit, Minaj danced under a cascade of sparks before performing a debut of a new song, “Bed Of Lies”, then breaking into her raunchy hit “Anaconda”.

English-Irish superstar boy band One Direction scored a hat-trick of awards, picking up the best pop, best live act and best band awards, which are the result of votes by fans.

Though they won the most awards, they band were unable to attend to collect them in person. The absence of member Zayn Malik in their video message left fans questioning his whereabouts.

Beyonce, though rumoured to be a surprise guest, did not attend, but was awarded best song with a social message for her song “Pretty Hurts”.

The theme of the awards was time travel to mark 20 years since the first one was held, and clips of the previous award shows were played.

Actor and singer David Hasselhoff was applauded as he walked on stage in a kilt, telling the crowd cheekily “I am a true Scotsman but I’m not going to show you.”

Irish band U2 returned to perform in their fourth appearance at the EMAs, playing “Every Breaking Wave”.

And rock musician Ozzy Osbourne took to the stage to accept a global icon award, remarking “I can’t believe it, it’s just incredible.”

Guitar legend Slash appeared on stage to pay tribute to Osbourne, telling the audience “He scares the hell out of most people and all bats. But to me is a gentle man and a gentleman.”