The Philippines has 23 entries in the Singapore International Film Festival (Dec. 4 to 14). 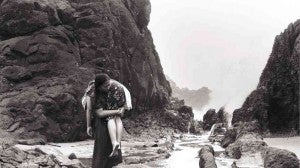 In “The Kalampag Tracking Agency Program” are shorts and videos:

Produced by Filipino Bianca Balbuena, Italian filmmaker Andrea Capranico’s documentary “The Undertaker,” about a community of informal settlers in a Manila cemetery, is in the lineup as well. Bayani San Diego Jr.