LOS ANGELES—Oscar-nominated Australian actor Hugh Jackman has been treated for skin cancer for the third time in a year, a spokesman said Tuesday.

The 46-year-old had a basal cell carcinoma (BCC) removed last November and posted a picture on Twitter of himself with a plaster on his nose. He did the same in May.

His spokesperson Alan Nierob confirmed to Agence France Presse that Jackman had been treated for a third time. He declined to give details, but E! News cited a representative as saying that the star is now “all good.”

BCC is the most common form of skin cancer, with over two million cases diagnosed in the United States every year, according to the American Academy of Dermatology (AAD). AFP 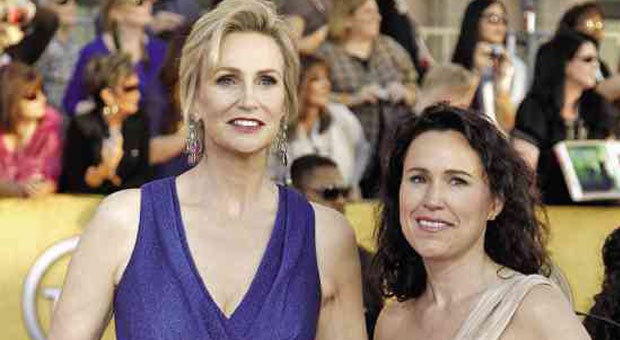 LOS ANGELES—A judge has finalized Jane Lynch’s divorce from her wife more than four years after the couple were married.

Lynch and Embry were married in 2010 in Massachusetts. Lynch filed for divorce in July 2013, citing irreconcilable differences.

The 54-year-old actress has won two Emmy Awards, one for her role as Sue Sylvester in the Fox series “Glee” and another award for hosting the show “Hollywood Game Night.”

The judgment was first reported Tuesday by the celebrity website TMZ. AP