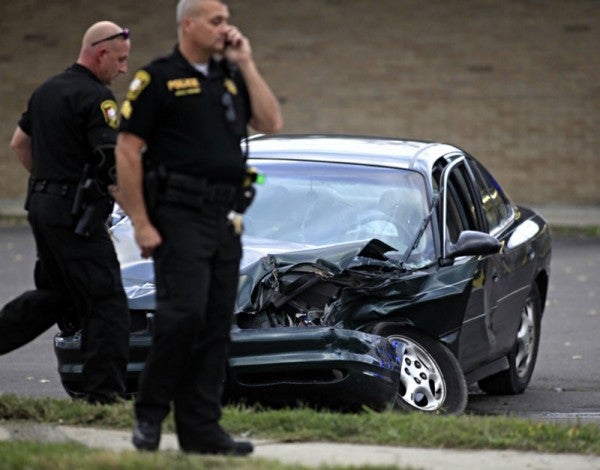 In this Oct. 17, 2014 photo, authorities responded to a crash between a car and semitruck in Dayton, Ohio. The Dayton Daily News reports that 47-year-old Lisa Flynt, daughter of Hustler publisher Larry Flynt, was ejected from her car after it turned in front of a tractor-trailer Friday. AP/The Dayton Daily News, Jim Noelker

DAYTON, Ohio – The daughter of Hustler publisher Larry Flynt has been seriously injured in an Ohio car accident and is hospitalized in critical condition.

The Dayton Daily News reports that 47-year-old Lisa Flynt was ejected from her car Friday afternoon after it turned in front of a tractor-trailer. A 24-year-old female passenger suffered minor injuries.

The newspaper says police searched the bar where the women were believed to have been before the accident.

Lisa Flynt lives in the Dayton suburb of Huber Heights. Her brother said doctors are trying to determine the extent of her cranial injuries.

Their father began as an Ohio strip club owner. He has built Hustler into an adult entertainment empire while championing freedom of speech rights. He was shot by a sniper in 1978 and was paralyzed from the waist down.