Stardom is just clicks away 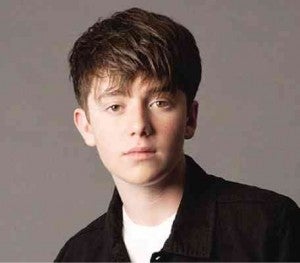 Aside from “Gangnam-style” Korean exponent, Psy, and Filipino belter Arnel Pineda, now the lead singer of the popular Journey band, many other unknowns have become show biz stars as a direct result of the platform and boost they’ve gotten from YouTube and other showcase and talent-discovery “windows” of the new media.

All too well-known, of course, is the “Cinderello” story of Justin Bieber, who was “just” a faceless teen five years ago, until he uploaded his covers of popular songs and caught the eye and ear of Usher, who signed him up and mentored him to the fave stardom he currently enjoys, despite (or partly because of) the controversy he’s occasionally provoked.

Greyson’s performance of Lady Gaga’s “Paparazzi” resulted in his being signed up by no less than star, producer and talent-booster Ellen Degeneres, while Cody was discovered on YouTube by record producer Shawn Campbell.

As for Bo, he’s taken the comedy route. He was only 16 when he started uploading his stand-up routines and “politically incorrect” musical satires—with similarly stellar results.

Their female counterparts include Rebecca Black, Marie Digby, Ysabella Brave, Alexz Johnson and Esmee Denters. Esmee’s star-sponsor is no less than Bieber, while Ysabella is now a Warner talent, Alexz is being backed by Jay-Z, and Marie started out with Hollywood Records.

Taking their cue from Bo, Jessica Rose, Brooke Brodack, Amber Lee Ettinger and Lisa Donovan have been making it as novelty and comedy sensations.

Lisa’s parodies, celebrity impersonations and pop-culture spoofs have become popular even with mainstream viewers, while Amber Lee’s hilarious postings on her “Brookers” YouTube Channel of her wacky short videos led to her being tapped by Carson Daly to help develop content for his production company. 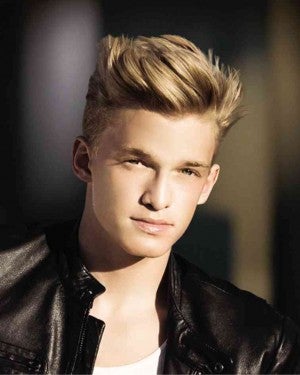 As for Amber Rose, she ended up scoring appearances on “Saturday Night Live” and “The O’Reilly Factor.”

All of these YouTube discoveries are exceedingly young, but their youth and lack of experience have been effectively compensated for by the great visibility that their millions of “hits” on the Web have prodigiously produced.

When it rains, it pours—and, for a lucky, plucky few, new media stardom is only (a few million) clicks away!

Read Next
Wattpad characters come to life in miniseries
LATEST STORIES
‘Mia’: Rom-com with a cause a career-boosting showcase for Coleen Garcia
No.13 lucky for Orlando Bloom
The ties that bind: Why the guys of Black Eyed Peas prefer to stay together
How Yam handles flirtatious guys
Reading: The key to true learning
MOST READ
Gretchen Barretto’s daughter Dominique graduates magna cum laude from California college
Lights inside SMX hall flicker as Duterte rants vs Ayala, Pangilinan anew
Nadine Lustre’s phone stolen in Brazil
Ginebra beats Meralco again to capture PBA Governors’ Cup title
Don't miss out on the latest news and information.