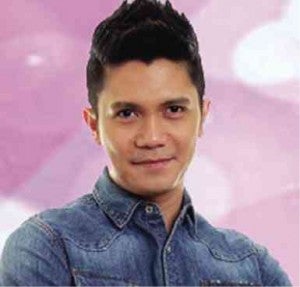 MANILA, Philippines–The serious illegal detention case filed by television host-comedian Vhong Navarro against businessman Cedric Lee, Deniece Cornejo and several other suspects has been raffled off to a new judge.

Earlier, Taguig RTC Branch 271 Judge Paz Esperanza Cortes inhibited herself from the case based on a motion filed by Navarro’s camp last month.

This was after Cortes allowed Lee, Cornejo and another accused, Simeon Raz Jr., to post bail on the grounds that there was not enough evidence against them.

According to Mallonga, the court has yet to schedule the next hearing for the case.

“Our [motion for reconsideration on the granting of the bail to Lee, Raz and Cornejo] will be among the pending motions the judge will have to resolve,” she said.

A check online showed that the new judge served as executive judge of the Metropolitan Trial Court in Caloocan and Pasig Regional Trial Court.

In 2004, Bien, then the acting assistant prosecutor of Rizal province, recommended the filing of criminal charges against the owners of a private school in San Mateo and several others in connection with the death of a high school student during a school-sanctioned camping activity in 2003.

The 16-year-old victim, Bien Francis Selva, was blindfolded and made to walk until he hit a sharp tree branch that pierced his chest, an injury which led to his death.

On the other hand, the charges against Lee, et al. were filed by the Department of Justice on Navarro’s behalf after he claimed that he was detained by the suspects in Cornejo’s condominium unit at Forbeswood Heights in Taguig City on Jan. 22.

Lee, however, said that they had caught the actor in the act of raping Cornejo, an allegation denied by Navarro who accused the group of setting him up to force him to give them money.