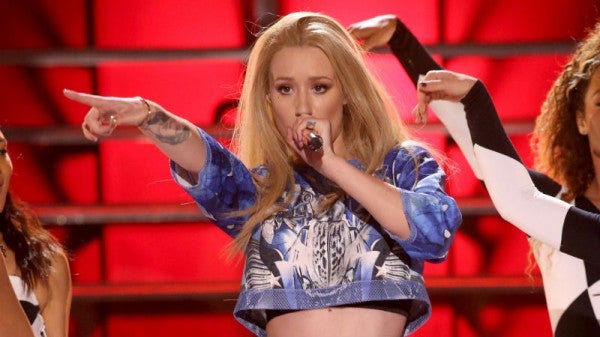 The Australian-born singer was nominated for artist of the year as well as song of the year with “Fancy,” which has become a radio favorite through its simple bass line and anthem-like chorus about indulgence sung by Charli XCX.

Azalea, whose first studio album “The New Classic” was released in April, received more nominations than any other artist, even though it was the first year she made the list.

Pharrell Williams also was in contention for both artist of the year and top single with his global blockbuster song “Happy.”

Other artists named for artist of the year were Beyonce, Luke Bryan, Eminem, Imagine Dragons, John Legend, Lorde, One Direction and Katy Perry.

The American Music Awards, set up in 1973 by late radio and television personality Dick Clark, recognize commercial success and public appeal with fans voting for their choices.

The set-up contrasts with the older Grammy Awards, in which recording industry professionals select what they view as the top artists and works.
The American Music Awards winners will be announced at a ceremony on November 23 in Los Angeles.