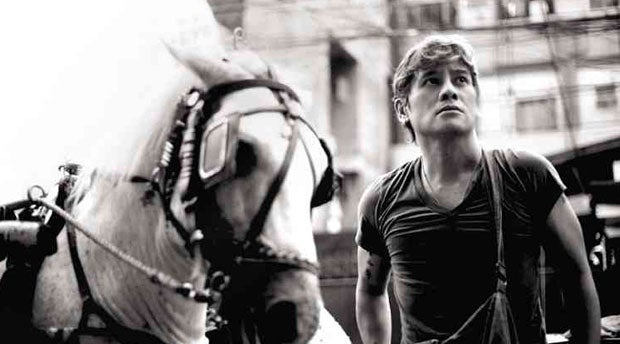 The belated critical appreciation of his films would undoubtedly embarrass Filipino director Elwood Perez, who nevertheless admitted to experiencing a “creative rebirth” in the last two years—churning out two indie movies, “Otso” and “Esoterika: Maynila” in quick succession.

When he was the top “mainstream” filmmaker in the 1970s and 1980s, with a string of box-office hits, he never aspired for widespread acclaim from critics, local and foreign.

As he would put it, he was not keen to make overt political statements with his movies, opting to entertain the masses instead with sexy, campy flicks that cemented his reputation as every producer’s dream moneymaker.

Much to his surprise, after a 10-year hiatus, his 2013 Sineng Pambansa film “Otso” received a glowing review from the Hollywood Reporter’s Clarence Tsui, who saw it at the Hong Kong International Film Festival (where it was shown as part of the “Glories of Philippine Cinema” sidebar) early this year.

Tsui described “Otso” as a “sprawling, intriguing and, at times, baffling…look at Filipino society.”

It also lauded the film for “poking fun at filmmakers’ skewed representation of its realities.” 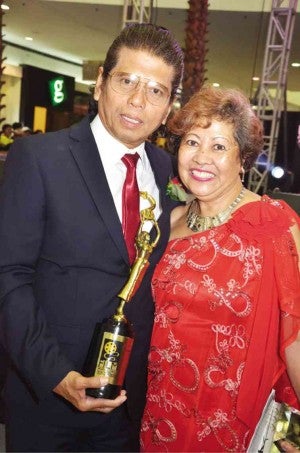 Perez’s comeback, Tsui pointed out, “betrays as wild a creative streak” as his “earlier titillating cinematic romps…but in a different way: [It’s] a multilayered social drama drenched with metatextual threads about Philippine cinema.”

“Otso” tells the story of a scriptwriter who struggles with writer’s block as he navigates the labyrinthine tenement building where he lives with other dubious and deliciously demented characters.

Tsui took note of the “modestly budgeted” film’s “self-referential statements about filmmaking as an art itself.”

Tsui said “Otso” touched on issues of corruption and penury as well, “but only in more knowing terms.”

He expected “Otso” to appeal to “audiences seeking yet another perspective on Philippine cinema beyond the now much-traveled gritty treatises” on the country’s various social and political woes.

The critic noted that Perez’s film “thrives on odd comical highlights…the manic energy and wildly varied visions provided by its team of cinematographers.” Perez told the Inquirer: Six cameramen worked on the film!

The script was also a collaboration between Perez and lead actor Vince Tañada and the theater troupe Philippine Stagers Foundation. Tañada described the shoot as “an endless, but engaging, process of constant script revisions.”

Tañada said he could never figure out what Perez wanted.

Tsui also conceded that “beguiling ambivalence…and contradictory suggestions may be exactly what the maverick wants, like he reveled in how people saw his commercial fare as either exploitative fare or a rebellious gesture against the establishment’s moral orthodoxy.”

(“Otso” is one of 10 films that will be shown in a special retrospective on the Philippines at the Hanoi International Film Festival next month.)

Perez’s followup, “Esoterika: Maynila,” has yet to premiere but he already has a new film, “Dia de Zamboanga,” the third part of a planned trilogy, in the works.

Briccio Santos, chair of the Film Development Council of the Philippines which supports the veteran filmmaker, announced at the launch of the Pelicula-Pelikula Manila Spanish Film Festival that Perez’s new film will be in Chavacano language (the first of its kind) and set in Zamboanga.

The maverick’s work is never done.