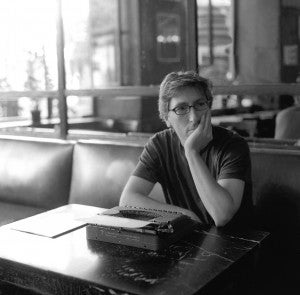 MANILA, Philippines—From October 9 to 19, “Pelicula-Pelikula,” the Spanish Film Festival, will be featuring the best and brightest of contemporary Spanish cinema at the Greenbelt 3 Cinemas. Presented by Instituto Cervantes, the Embassy of Spain-Aecid, the Film Development Council of the Philippines (FDCP), Greenbelt and Ayala Cinemas, the 2014 edition of the Spanish Film Festival will screen more than 20 films.

Since its conception in 2002 by Instituto Cervantes, the Spanish Film Festival has been an annual attraction at the Ayala Cinemas, bringing the best of Spanish and Latin American cinema to the local audience of Manila. “Pelicula-Pelikula” is a combination of the Spanish word “película” which means film and its Tagalog derivation “pelikula”, echoing the cultural ties shared by Spain and the Philippines. Putting the two together underlines the unique characteristics of this 2-week event as the biggest Spanish film festival in Asia.

Putting emphasis on the Festival’s acclaimed films, the exhibit will showcase a mirror display that will reflect various clips from the films. Shoppers will be encouraged to take a peek inside red boxes on tripods dispersed in the venue and view vignettes of the Spanish films.

The Festival has traditionally been graced by the presence of foreign filmmakers. In this edition, on October 10, at 7pm, Spanish filmmaker David Trueba will present his movie “Vivir es fácil con los ojos cerrados” (Living is Easy with Eyes Closed, 2013), and will have an open forum after the screening.

Thanks to this movie, David Trueba was the biggest winner at the latest Goya Awards, bagging 6 major prizes –Best Film and Best Director among them. The film is the Spanish entry for the upcoming Oscars.

Thanks to the collaboration of the Film Development Council of the Philippines (FDCP), a selection of films shown in the Festival will travel to other cities in the Philippines: Baguio, Ilo-ilo, Zamboanga and Davao.

Also not to be missed in every edition of “Pelicula” is the “Audience Choice” Award. During the 11-day festival, the audience will be given stubs in which they can rate the movies they have seen. For every five movies, members of the audience qualify to join the raffle in which they get a chance to win a round-trip ticket to Spain, courtesy of Qatar Airways.

Presented by Instituto Cervantes, the Embassy of Spain, the Film Development Council of the Philippines (FDCP), Greenbelt and Ayala Cinemas, PELÍCULA is made possible by Emperador Distillers, Vibal Foundation, Qatar Airways, in collaboration with the Embassy of Mexico, Instituto Etxepare, Ayala Museum, Alba’s Restaurante Español, New World Hotel and Espa-Fil.