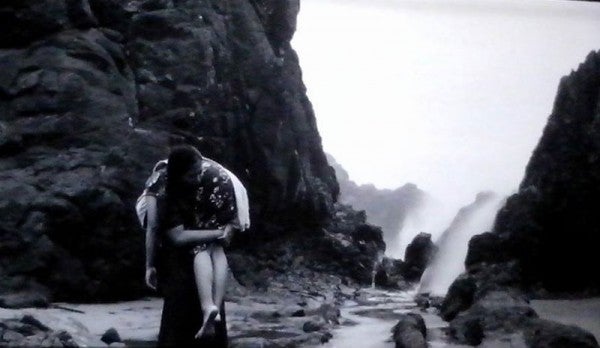 MANILA, Philippines–Filipino Actress Hazel Orencio was teary-eyed when she introduced the Locarno-winning film “Mula sa Kung Ano ang Noon (From What Is Before) on behalf of its director, Lav Diaz, at the jam-packed Centerstage in SM Mall of Asia Sunday night.

Orencio didn’t expect the large turnout at the free screening of the film, which was made possible by the Film Development Council of the Philippines and Sine Olivia Pilipinas.

“I am very happy and overwhelmed for Lav. We used to have only 10 to 20 people in the audience, and we were already content with it,” Orencio said in an interview with INQUIRER.net. “It felt really different because in Locarno, there were more than 8,000 people who watched the awarding ceremony, and today the theater is full of Filipinos. It is really heart-warming. I’m crying for Lav.” 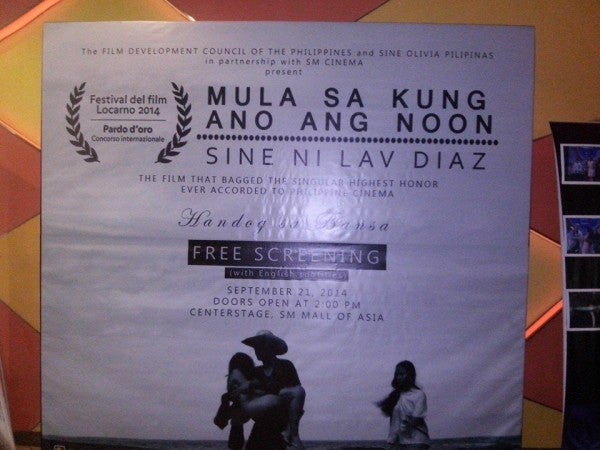 Rendered in black-and-white, the drama weaved the real and interrelated life stories of poor villagers in one of the remotest regions of the Philippines in the early 1970s, before President Ferdinand Marcos declared martial law.

Asked why people should see the film, Orencio said: “It is historically relevant, especially now that there are multiple revisionist movements from the Marcoses…even taxi drivers were saying that Marcos times were great, when they do not really know the scope of what they are saying.” She added that it is important to look back “from what is before” so we won’t forget what our nation experienced under the Marcos dictatorship. 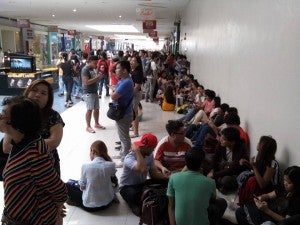 A long queue of people outside the Centerstage. ARVIN MENDOZA/INQUIRER.net

Orencio also revealed the prospect of the film being shown commercially, like the other Diaz film “Norte, Hangganan ng Kasaysayan,” but not until it is finished making the rounds of international film festivals.

TAGS: Entertainment, Film, From What Is Before, Mula sa Kung Ano ang Noon