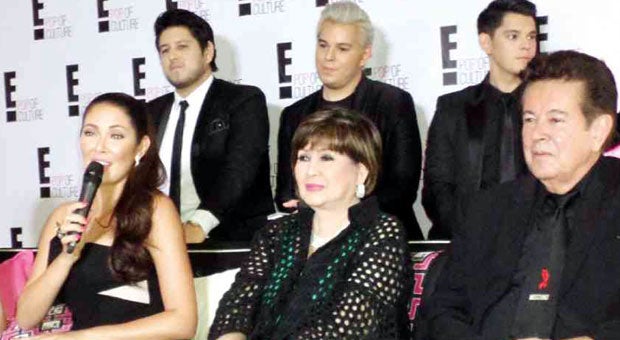 The Gutierrez family is elated that the second season of the E! reality program, “It Takes Gutz to be a Gutierrez,” is 10 episodes long. Its initial run of six episodes aired from June to July this year.

At the press con for the new season (premiering Oct. 5, 9 p.m.), the family members announced that the successful series to air across Southeast Asia was being shot and that, in fact, six episodes were finished.

Gutierrez matriarch and “boss” Annabelle Rama claimed that the show made her famous. Many foreigners have begun asking for photos with her, she said.

Eldest child Ruffa hinted that she might have a romantic interest in the show. “Whether my mom likes it or not, I’m ready to fall in love—hopefully this year.”

“She always surprises me,” said Annabelle. “Every time I see her, she has a different boyfriend.”

“[When] somebody gives me chocolates or flowers, it doesn’t mean he’s my boyfriend,” Ruffa retorted. “You call him a suitor; you should be gracious and accept.”

Annabelle was unconvinced. Referring to former suitors, she said, “If I didn’t like a guy, I didn’t entertain him. But if I did like him, I would call him [myself] and have sex with him!”

Gutierrez patriarch Eddie added to the riotous banter: “I met [Annabelle] in Cebu City, where I was doing a show. She invited me right away to a resort!”

Annabelle was quick to say that the new season is technically improved, and that there was “no pressure at all” to top the first season’s content. But the new director, Karen Wiggins, said there was “absolutely” pressure on her to make the show even more watchable.

The Australian director said Annabelle made it easy for her. “She’s a reality producer’s dream—[she creates] drama, she is funny, and she talks about sex a lot! We are concentrating on story this season… we try to understand our characters in the most well-rounded way possible.”

One of the Gutierrez kids, Raymond, said that they were all used to criticism by now. “We’re kind of over people judging us. It’s so last year!”

This time, he added, it’s his turn to reveal a big secret: “Kung last season si Chard ang may pasabog, this season ako naman.” He was referring to his twin brother Richard and girlfriend Sarah Lahbati’s revelation that they had become parents to a baby boy, Zion.

“It’s been a great adventure so far, being a dad to Zion,” Richard said. “It has changed my life in a very positive way. You’ll see that this season.” 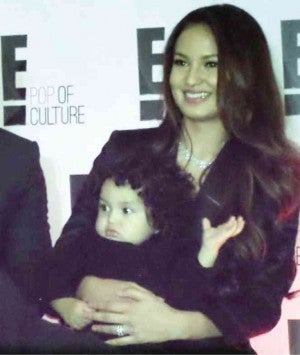 “Elvis and I have been together for nine years,” said Alexa. “Everybody can relate to our relationship because we’re a normal couple doing normal things.”

Raymond quipped, “I don’t know how they lasted nine years—I can’t last with anyone for a weekend!”

When asked by a member of the press if she and Eddie still had intimate relations despite the busy schedule, Annabelle said, “Of course! How can we not?”

Eddie retorted, jokingly: “I no longer collect a paycheck; I must have a sex life!”

As for Elvis’ inclusion, Annabelle told the Inquirer that he was easy to convince: “He had one scene in the first season and he liked it. He’s not one to share his secrets but I said he’ll get used to it.”

Annabelle revealed that her seldom-seen tender side is felt by her grandchildren, as she helps out with them whenever she can: “I have to spend time with all my grandchildren. Sometimes, I cook for Zion, or bring him to the doctor for check-ups. I like doing all that.”

Read Next
Docu on Southeast Asian cinema debuts in Busan
EDITORS' PICK
Siomai King Express debuts with mouth-watering seasonal products
Tugade ‘personally’ disagrees with LTO’s bid for e-scooter registration
No exodus of POGOs: Palace says only over 20 left PH
What’s happening to the ICT Industry and its role in helping businesses today
Comelec exploring possibility of holding 2022 elections for 2-3 days
Water remains our saving grace right now
MOST READ
ABS-CBN chairman Gabby Lopez resigns from network, other Lopez-owned firms
US Congress bill seeks to halt assistance to PH police, military
‘That’s treason:’ Locsin curses as he bucks putting off 2022 polls amid COVID-19
‘No need for masks’ if you love God and have faith, ex-Lipa bishop says amid COVID-19
Don't miss out on the latest news and information.