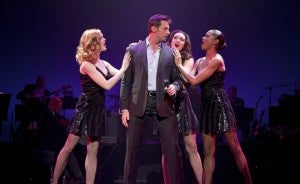 NEW YORK—The 2014-’15 Broadway season has something for everyone—a musical by Sting, a magician-filled SUV, the incomparable Hugh Jackman, the equally regal Helen Mirren, a musical set in a funeral parlor and not one, but two Gyllenhaals. Some highlights:

It wouldn’t be a new Broadway season without some revivals: “Side Show” returns for a second time; Tom Stoppard’s “The Real Thing” for a third time in October; Edward Albee’s “A Delicate Balance” for a third time in the fall; “The Elephant Man” for the third time, starting in November, and the screwball comedy, “Noises Off,” next winter.

Jackman is coming back this fall in “The River” by Jez Butterworth, but does it really matter what he’s doing? For the record, the play, the first since Butterworth’s “Jerusalem,” is about a trout fisherman in a remote cabin who is visited by two of the women in his life.

Mirren will be playing British Queen Elizabeth II this spring in “The Audience,” which imagines the private weekly meetings between the monarch and 12 prime ministers.

Nathan Lane and Matthew Broderick will reunite in a revival of Terrence McNally’s “It’s Only a Play.” The duo last appeared together in “The Odd Couple” and famously before that in “The Producers.”

There’s no reason to grow up this season: “Finding Neverland,” a musical led by Diane Paulus, explores the Peter Pan book’s back story and Allison Williams stars as the iconic title character in NBC’s Dec. 4 telecast of “Peter Pan Live!,” the heavily anticipated follow-up to “The Sound of Music.”

Maggie Gyllenhaal will make her Broadway debut opposite Ewan McGregor in “The Real Thing” starting in October, while her brother, Jake, will also make his Broadway bow in Nick Payne’s play, “Constellations,” in December.

Sting, a 16-time Grammy Award winner and former lead singer of The Police, has written the music for John Logan’s “The Last Ship.”