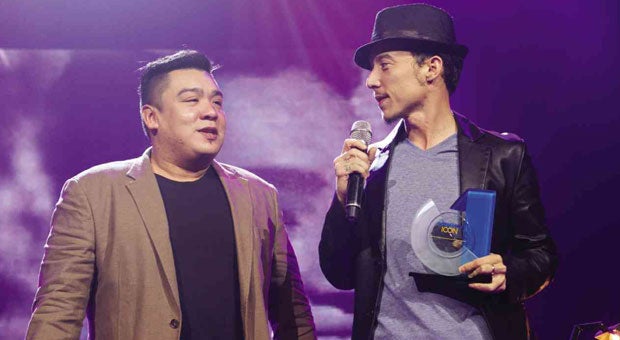 Cable channel Cinema One celebrated its 20th anniversary recently by citing the contributions of actresses Vilma Santos and Nora Aunor, as well as of the late Fernando Poe Jr. and Rodolfo “Dolphy” Quizon, to the entertainment industry.

In an hour-long program titled “Cinema One: 20 Taon, Laging Kasama” which was held in SM Aura Mall in Taguig City, the ABS-CBN-run cable channel presented the Numero Uno Cinema One Icon awards to Poe, Quizon, Santos and Aunor.

Poe’s award was accepted by his grandson Bryan Llamanzares, and Quizon’s, by his sons Epy and Vandolph. Santos and Aunor, who both did not make it to the event, sent video greetings. March Ventosa, ABS-CBN head of Narrowcast, presented the trophies.

KC Concepcion hosted the show, which carried the theme “Pinoy Sine Strip.” Throughout the evening, music was provided by the ABS-CBN Philharmonic Orchestra under the baton of Gerard Salonga.

Concluding the program, all artists joined the orchestra in performing “Parang Sine” and “Laging Kasama.”

For the last 20 years, Cinema One has been committed to uplifting Filipino cinema by showcasing not just the classics, but also those considered as new cinema.

“That’s exactly why Cinema One Originals was launched in 2005. It has now produced 63 indie films, which are mostly highly acclaimed,” said program host Concepcion.