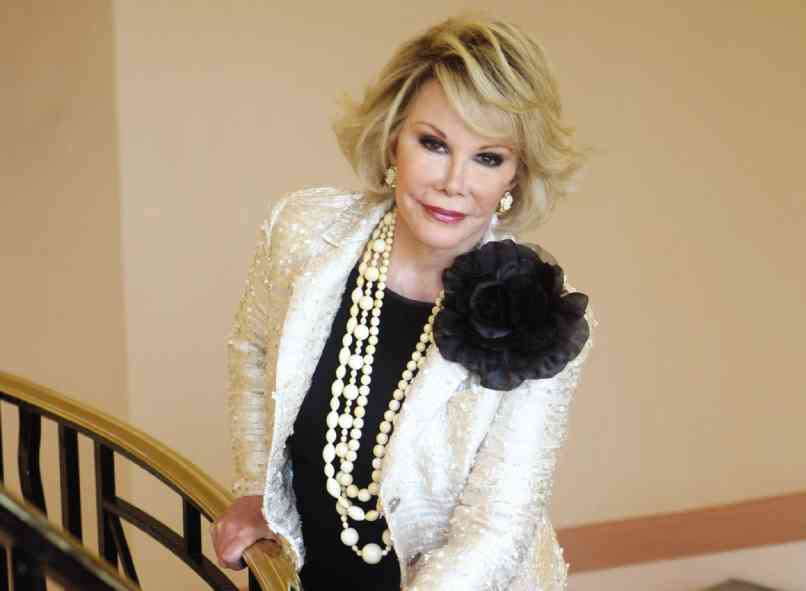 Joan Rivers lived a full life and had an exceptionally long career, but when she passed away last week, her many fans still mourned her passing with unusual fervor. This, despite the fact that, for the past several years, she had ticked some viewers off with her colorful catty comments about some stars’ unstylish faux pas on “Fashion Police.”

Looking back, Rivers’ fans have belatedly realized that their favorite comedienne had in fact been a pioneer and trailblazer as a female comer in the exclusively male preserve of live and TV comedy. She herself admitted that her entry into the comedy world’s Old Boys’ Club was painfully difficult, and fraught with many instances of sexist mistreatment and rejection.

But, being an inherently gutsy dame who didn’t want to cry, “Uncle!” Rivers persevered—until, with the help of Johnny Carson, she became well-known to TV audiences, and sometimes guest-hosted on his popular “Tonight” show.

Ironically, however, when Rivers was offered her own late-night TV talk show (the first woman to be given such a plum nightly showcase on television), Carson felt “betrayed” because she was becoming his competition, and dropped her like a hot potato! Rivers eventually moved on after that monumental public snub, and prodigiously continued to perform until her recent unexpected medical crisis.

Rivers’ passing at age 81 leaves the comedy field wide open, and it’s currently looking for a new “queen” to keep the laughs coming. Of course, Betty White is still acting in sitcoms in her 90s, but comedic TV hosting is another ballgame entirely, so the search has been initiated with exceptional fervor.

Top contenders include Ellen Degeneres, who has her own daytime talk show, and Whoopi Goldberg, who’s a hit on the “panel” show, “The View.” It’s interesting to note that both Degeneres and Goldberg are exceptions to the comedic rule, because Goldberg is black and Ellen is gay. Despite these “traditional” “inhibitions” or “disqualifications” to major TV stardom, they’ve made it really big—which goes to show how far the TV comedy scene has progressed.

The next generation of female comedy comers is paced by the “graduates” of “Saturday Night Live,” including Tina Fey, Amy Poehler and Kristen Wiig. They’ve been so successful that they have gone on to film stardom as well, while making sure that they keep their solid  base on TV.