Fans who waited three years for B1A4 to reach Manila arrived at the concert venue in their respective fan club shirts, some even came with headbands designed with Korean characters spelling the name of their favorite B1A4 members.

When the lights of the Smart Araneta Coliseum finally went off, screams dominated the place, and the crowd turned from colourful to Pastel Apple Lime Green – the official color of B1A4’s fan club. 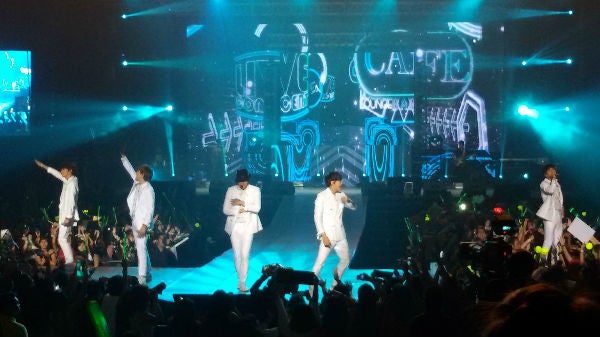 All embraced by a stunning white outfit, the B1A4 boys hit the Manila stage for the first time with “O.K”. The opening number was immediately followed by “Beautiful Target”.

The Big Dome was then enveloped in long and loud screams when B1A4 finally introduced themselves one by one.

Five songs came after the introduction: “I Won’t Do Bad Things”, “Oh My God”, “Because of You”, “Seoul”, and “Tried to Walk”, then the crowd were left in cliff-hanger when the boys went backstage and didn’t come out until the fans cheered loud enough for “more.” 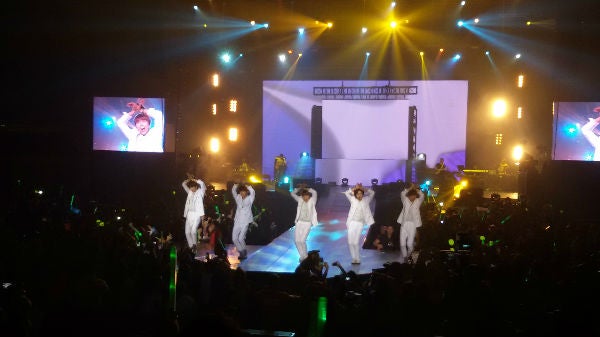 Good thing B1A4 heard their demands well. When the group returned to the stage, leader Jinyoung had a guitar, then he performed a short cover of Bob Dylan’s “Knockin’ on Heaven’s Door.” Two more acoustic performances followed with “Wonderful Tonight” and “You Make Me A Fool”, then, while pointing to different members of the audience, they reverted to the lively vibe with “Amazing”.

After clapping and jumping to their playful, upbeat song, the boys then showcased their sexy and suave side with “Lonely”. This left fans swooning even though it was immediately followed by another energetic track, “Solo Day”.

Though the boys had a short break after their 13th song, they kept the audience preoccupied with a video showing some behind-the-scene footages of their “Road Trip” rehearsals back in South Korea.

Then, what happened next left everyone but one female fan jealous. 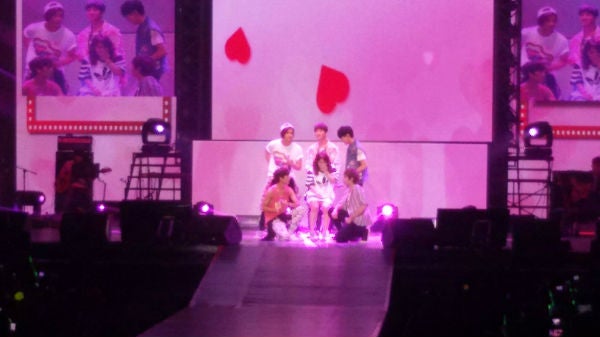 Everyone’s dream to be serenaded by their favorite group happened to one lucky Korean fan who was called to come up on stage. Shortly after climbing on stage, the fan was joined by the members of B1A4 for their “Chu Chu Chu” performance.

But because they did not want to disappoint the rest of the crowd, they sang “Pretty”, then the group’s rapper, Baro, kept saying “Manila is pretty” while they were at it. 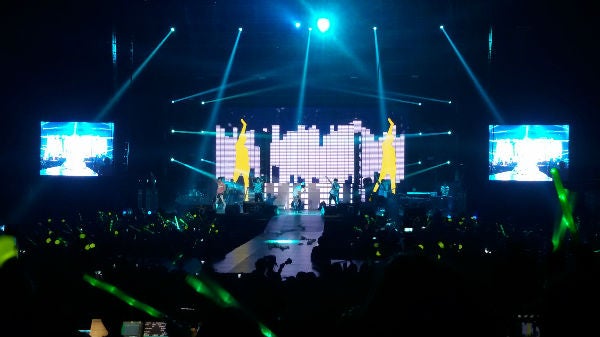 Five more songs entertained the crowd: “What’s happening”, “Glass of Water”, “Who Am I”, and “Baby Good Night.” The fans who could not get enough kept chanting, “Encore! Encore!”

The boys did return to spend more time with their fans, however, when the group toured the stage to bow towards every part of the coliseum, everyone knew then that the road trip has finally come to an end. 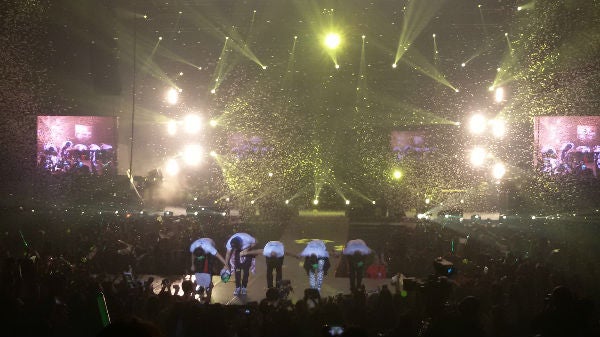 For ordinary ticket holders, the road trip with B1A4 ended after 20 songs. But for fans who availed an SVIP ticket, they were given the opportunity to share a high five with the boys of B1A4 during the “Hi-Touch” event which immediately followed after the concert.

The B1A4 “Road Trip to Manila” concert was organized by TGM Events.

Read Next
Justin Bieber strips after getting booed at New York event
EDITORS' PICK
Leveling up your ‘lutong bahay’ with the kitchen companion you never knew you needed
SM prepares for ‘safe malling’
Notice of 2020 regular meeting of stockholders June 18, 2020
LIST: What to expect in areas under GCQ, MGCQ
Drilon wants repeal of penal provisions in proposed Bayanihan extension law
DOTr bares 2 phases of public transport revival in GCQ areas
MOST READ
LIST: What to expect in areas under GCQ, MGCQ
Hong Kong loses US ‘special status’ — what next?
Duterte approves Metro Manila’s shift to GCQ starting June 1
Bocaue Mayor Joni Villanueva passes away, Sen. Villanueva confirms
Don't miss out on the latest news and information.