Justin Bieber strips after getting booed at New York event 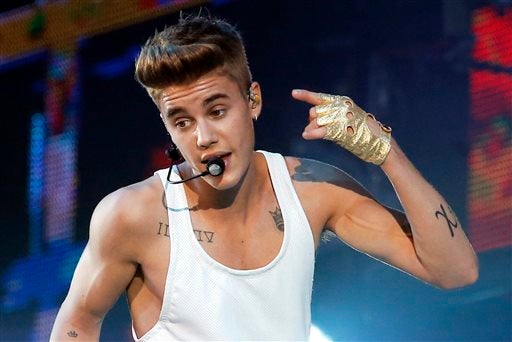 In this March 19, 2013, file photo, singer Justin Bieber performs during a concert at Bercy Arena in Paris. AP

NEW YORK — The 2014 Fashion Rocks was all about booing and booty.

Justin Bieber was heavily booed by the audience at the Barclays Centers on Tuesday night in Brooklyn, New York. He entered the stage to introduce singer Rita Ora, and once the crowd booed loudly, he stripped into his boxer shorts and socks. Some cheered once he removed his shirt and pants.

Those moments were contrasted by the rump-shaking dance moves of Jennifer Lopez and Nicki Minaj. Lopez performed her new single, “Booty,” in a shimmery silver mini dress. She enticed the crowd and earned some of the night’s loudest cheers.