A whole lot of shaking, singing going on 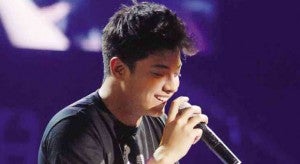 The first Pinoy Music Festival (PMF), held last Friday at Ayala Triangle Gardens in Makati City, had a little bit of everything for everyone.

For about six hours, dozens of local artists and performing groups treated a sizable and enthusiastic audience to a night of music that showcased various styles, genres and trends that became popular over the years—jazz, folk, rock, Manila Sound, pop, hip-hop…

The crowd was equally as diverse: Yuppies who had just finished work, parents with their children in tow, a slew of teenage girls who trooped to the venue carrying banners, ardent music lovers, and those who probably just wanted to do something else other than get stuck in the rush-hour traffic.

One of the best things about the concert—which aims to boost local music promotion—was that it was free and mounted along a busy, major thoroughfare, which made not a few curious 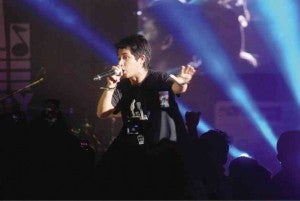 passers-by stop, look and join the ongoing festivities, even for just a song or two.

The PMF was organized by a newly-formed umbrella organization called the Pinoy Music Council, which is composed of the Organisasyon ng Pilipinong Mang-aawit (OPM), PhilPop Foundation, Asosasyon ng Musikong Pilipino, Filipino Society of Composers, Authors and Publishers (Filscap), and Music Copyright Administrators of the Philippines (MCAP). The council has recently initiated the drafting of an executive order to declare Sept. 5 as “Araw ng Musikang Pilipino.” 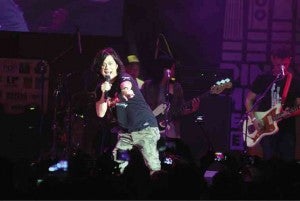 The first order of the night was Filipino jazz, which AMP Big Band musical director Mel Villena jokingly described as “the music of your parents, uncles and aunts.” But it didn’t have to be.

A chunk of the younger crowd sang and clapped along the band and singer Skarlet’s jazz version of “Waray-Waray.” The vocalist then growled and scatted her way through a swinging rendition of “Hahabul-Habol.”

Bituin Escalante’s rich and resonant vocals were in full display in a sassy and bombastic performance of the classic “Balut,” and a  medley of love songs that included “Maalaala Mo Kaya” 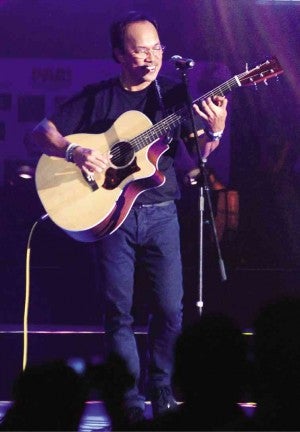 Bob Aves and Tusa Montes used traditional instruments in a delightful set that infused jazz and indigenous music. The singing group Baihana had the crowd laughing every so often with their playful and funky take on the novelty songs “Butsikik” and “Bikining Itim.”

Such acts were warmly received by the appreciative crowd. 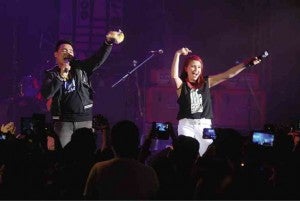 The event, however, momentarily took a manic turn when heartthrob Daniel Padilla took the stage. What started off as a formal gig instantly became a mini fans’ day; hordes of young girls suddenly surged toward the stage.

They shrieked, flailed and sang their hearts out as Daniel—one of OPM’s junior ambassadors—performed “Kumusta Ka?” Well, they were most definitely thrilled, and the elders in the crowd couldn’t help smiling and giggling at the bedlam ensuing in front of them.

Then it was the moms’ turn to scream. Chad Borja, Rannie Raymundo, Richard Reynoso and Renz Verano—collectively known as the OPM Hitmen—serenaded the audience with their hits songs. Surprisingly, it was Renz who got the most hugs and kisses from the women. “Feeling ko ako si Daniel,” he quipped.

The concert, which was interspersed with short videos featuring experts talking about the history of the various music genres featured, had a brisk pace, with one act swiftly taking the 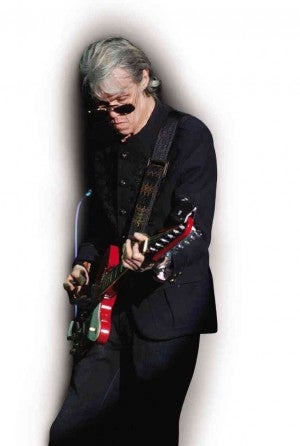 stage after another. And before long, the iconic rock star Pepe Smith was onstage, busting out “Titser’s Enemy No. 1.”

The new crop of singers and songwriters were likewise given ample time to show off their talent and original works. They were Lara Maigue, Yumi Lacsamana, Davey Langit, Toto Sorioso, Myrus and Ronnie Liang.

Tippy Dos Santos, meanwhile, had the pleasure of being accompanied by Noel in an acoustic version of “Kahit Maputi Na Ang Buhok Ko.” The young singer later performed the 2013 PhilPop-winning entry “Dati,” with Abra and Thyro Alfaro, who composed the song together with Yumi. 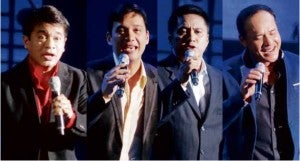 As the night wore on, rock bands started taking over, prompting the crowd to get off their seats and watch the show with arms aloft.

Sandwich had everyone jumping, singing along with, and pumping their fists to the group’s performances of “Sugod” and “Betamax.” Callalily, Imago and Cueshe then sustained the energy.

The hip-hop scene was also well-represented with Abra spitting bars in “Gayuma” and “Bolang Kristal.” Q-York was also there to perform their PhilPop 2014 entry, “Qrush On You.”