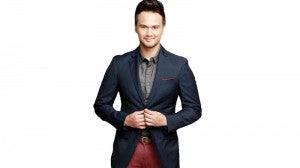 The celebrity was supposed to undergo tests at the PNP crime laboratory, such as a drug test and alcohol or liquor test.

However, Crawford only underwent a medical check-up as required for arrested suspects.

“We were told that the crime laboratory conducts drug test only on drug offenders, they did not also do an alcohol test,” said Chief Superintendent Erwin Villacorte, Southern Police District director.

Crawford’s medical check up was normal, the police official added.