Tough love on ‘I Do’ | Inquirer Entertainment
Close
menu
search

Tough love on ‘I Do’ 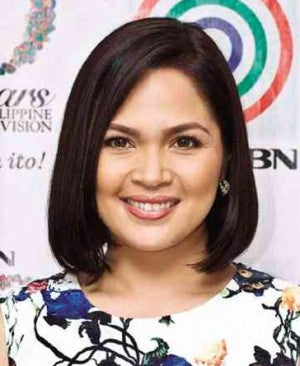 The first telecast of the new reality show, “I Do,” last Aug. 30 was particularly interesting and involving, because it fielded a well-chosen and varied group of nine engaged couples. It must have taken the new tilt’s staffers a lot of time and savvy judgment to vet hundreds of loving pairs to come up with these particular teams of contenders for the competition’s substantial prizes.

Host Judy Ann Santos was visibly taken by the nine exuberantly and even idiosyncratically expressive pairs, each of whom had a unique back story to tell. But, she made it clear that the tilt wouldn’t treat its contestants with kid gloves, and was serious about using the competition to make empathetic viewers appreciate the many important “compatibility” factors that make marriages work.

Right off the bat, the teams of sweethearts literally got their feet (and bodies) wet when they were made to dive into a swimming pool and separately look for captioned boxes that represented their preferred priorities for a good wedded union. It was instructive to see that the couples often chose differing priorities, which encouraged discussions that clarified possible conflicts that could crop up in the future, and mar their ostensibly “perfect” relationships.

Aside from Judy Ann, two counselors form the tilt’s Council that will help the engaged pairs clarify other issues that could become problematic later on—and possibly end up as game-changers and deal-breakers in the couple’s long (two months) journey to the altar.

Expectedly, most of the pairs will falter and fall off along the way, and that great probability makes the council’s counsel possibly the most important factor in the tilt’s progression—and eventual outcome.

Yes, all of the couples are eager and even antsy to make their relationships end up at the altar, but many  of them are young, so they may not be all that aware of the many pitfalls and “land mines” that lurk beneath the tilt’s well-manicured turf.

Being older and more experienced, their assigned counselors can help them avoid at least some of those land mines—which threaten to explode when they aren’t looking!

It’s clear, however, that while the counselors are on the couples’ side, stringent decisions have to be made as to the pair’s comparative preparedness for winning in the wedding game, both in life and in the competition.

So, while the advisers may initially come off as affable and supportive, they can be expected to tighten the screws as the contest progresses. Let’s hope that the couples are up to the “tough love” scenario that could kick in sooner than expected. They look and act so giddily love-struck now, but it’s a serious move they’re making, from engagement to actual wedded union, so they have a lot of psychological “growing up” to do!

Let’s hope that the tilt’s running time of two months is enough for them to emerge triumphant —if not in this competition, at least in its larger, “more real than reality TV” context—life itself!