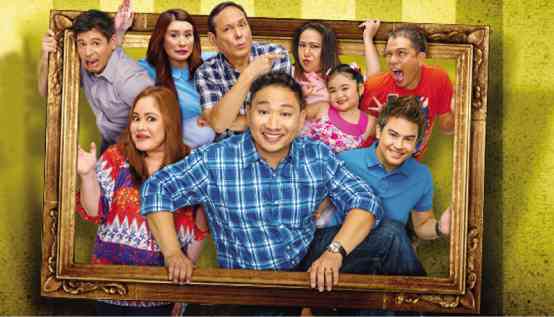 “PEPITO MANALOTO.” Should be commended for making viewers aware of the grave illness

One of the most “topically instructive” shows we watched on local TV last week was the replay on the “Pepito Manaloto” sitcom of an old episode that was a medical drama involving the grave neurological illness called ALS or Amyotrophic lateral sclerosis.

We all know that ALS is now all over the news, thanks to the “ice bucket” fundraising campaign to raise funds to discover a remedy for the still incurable disease. It appears that, some TV seasons ago, Michael V’s sitcom had fortuitously dealt with the topic, hence the “reminder” replay telecast.

The sitcom should be commended for making viewers aware of the grave illness, at a time when very few people knew about its existence.

On the other hand, the show is a sitcom, so it was perforce constrained to generate at least some humor about what is basically a most un-funny topic—and the episode sometimes stumbled badly due to this awkward and onerous requirement.

To its credit, the show did try to keep things on focused and even keel when the seriousness of Pepito’s ailment made humor a contrary and even inimical element in the plot development. Thus, when Pepito’s character was finally informed that he had ALS, the episode stopped being silly and dealt with his conflicting feelings about his unexpected yet imminent demise.

One of the ploys he resorted to, in order to keep his sanity, was to finally find the time to experience at least some of the unusual items on his “bucket list”—before he literally kicked the bucket!

Then, he became much more religious and spiritual than before, pleading with God to grant him more time to take care of his young children, who needed his fatherly love and counsel to grow up into well-formed and responsible adults.

All this while, the show dispensed bits of helpful information about ALS, so it was an instructive and cautionary viewing experience, all told.

In the end, however, the episode chose to hedge its dramatic bets, and opted to conclude its dramatization with God positively responding to Pepito’s heartfelt plea—with a literally miraculous happy ending. Well, miracles do happen—but, so much for “earned” dramatic denouements!

Despite its “hedging” conclusion, however, the episode did inform viewers about ALS, so it served its purpose, even if its cop-out conclusion gave the wrong impression that the illness isn’t all that grave, and can in fact be finessed away by a heartfelt, holy plea—or 10!