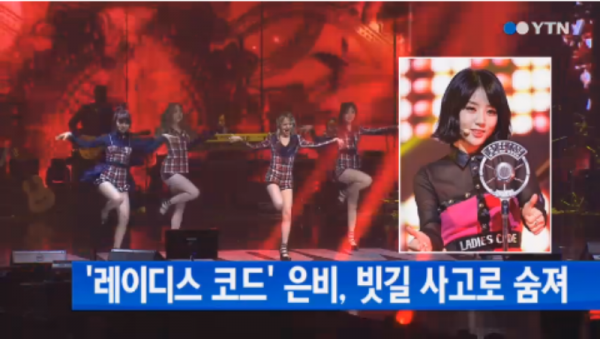 MANILA, Philippines – A rising all-girl Korean pop group was involved in a road accident early Wednesday that killed one of its members and the driver of the vehicle, according to reports on YTN News, a Korean news channel, and on social media.

EunB, 22, of Ladies’ Code, died after the van she and her group were riding hit a protective wall in the vicinity of the Singal Intersection on the Yeongdong Expressway in the direction of Incheon at 1:20 a.m. The unidentified driver was also killed in the accident. The six other passengers were rushed to St. Vincent’s Hospital, YTN News reported.

In critical condition are two other members of the group – Sojung and RiSe – while two others who were not identified and two stylists sustained minor injuries.

Quoting police, YTN News said the road was slippery at the time of the mishap due to rain.

K-pop fans flooded social media with condolence messages and hopes for a speedy recovery for those who survived.