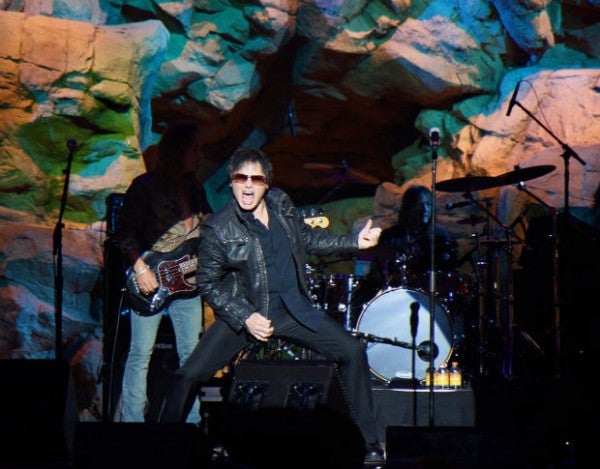 This undated photo provided by Sally J. Irwin shows Jimi Jamison performing at the Mohegan Sun Hotel and Casino in Uncasville, Connecticut. Jamison, who sang lead on Survivor hits such as “Burning Heart” and “Is This Love,” has died. He was 63. AP

NEW YORK—Jimi Jamison, who sang lead on Survivor hits such as “Burning Heart” and “Is This Love,” has died. He was 63.

Booking agent Sally Irwin said Tuesday that Jamison died last weekend of an apparent heart attack at his home in Memphis, Tennessee. He had returned to Memphis after performing in California.

Jamison joined the group in 1984, after it had already become known for “Eye of the Tiger,” the theme song to the Sylvester Stallone film “Rocky III.” With Jamison replacing vocalist Dave Bickler, the band had several more hits and remained a popular touring act in recent years. Jamison also co-wrote and sang “I’m Always Here,” the theme to “Baywatch.”

A native of Mississippi, Jamison was a member of Target and Cobra before joining Survivor.