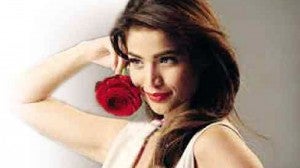 ANNE Curtis would rather keep mum on sister’s boyfriend.

A heart-rending breakup pushed Troubled Actor over the edge. After remaining sober for years, TA slid back and landed in rehab.

The warning signs were hard to ignore. TA posted disturbing messages online, obvious cries for help. The most glaring clue was his odd behavior during a press conference. TA sounded dazed and confused, mumbling and skipping from one topic to another.

Worst, TA described equally beleaguered Former Girlfriend as “the perfect woman.” Whatever he was on, it was definitely mind-altering. 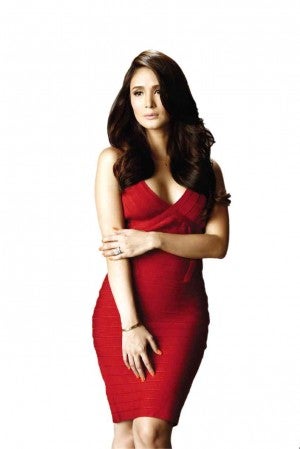 HEART Evangelista had a tearful reunion with mom.

Interestingly, it was LS who helped PU score meaty roles that caught BF’s attention. LS also pulled strings and scored precious publicity for PU, not knowing that a goodbye letter was already in the mail.

Glib Celeb showed up at a splashy event with eyes all swollen and red.

Observers quickly surmised that GC had wept buckets after an awful fight with Popular Hubby. Over what?

GC desperately wants to start a family but PH is not keen on becoming a dad again.

PH once let slip that he didn’t want GC to get pregnant and lose her whistle-bait figure.

Strange. It’s usually the woman who fears getting fat.

File under A: Awkward. 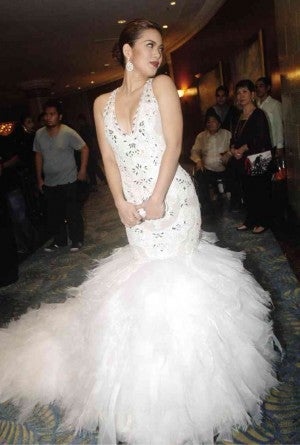 Revelers stared because they were awful dancers. HH and SD seemed soused, to boot. They continued to swing and sway even when the band started playing slow tunes.

Coworkers find it weird that Perky Personality refuses to hire a driver and personal assistant.

Well, PP wants to save money; nothing the matter there. However, PP brought a housemaid to work as PA—which was obviously not in the poor domestic’s job description.

Coworkers are likewise ticked off because PP never, ever gives Christmas gifts.

NEW YORK—Shakira is pregnant with baby No. 2.

The Grammy-winning Colombian singer made the announcement on her Facebook and Twitter pages on Thursday. No more details were revealed. 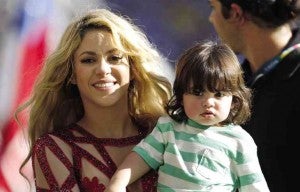 SHAKIRA, with son Milan, announced Thursday on Facebook and Twitter that she’s pregnant with her second child. AP

Derek Ramsay on estranged wife Mary Christine Jolly’s charges against him: “The truth will prevail. That’s all I can say right now…I’m not angry; I’m hurt.” (Where there’s smoke…)

Derek on having seen his son only four times because his wife doesn’t allow them to meet: “I had great moments with him [and] at least I got to introduce him to my family. But ’yun nga, few moments lang…I have to fight for this…for my boy’s best interests.” (Show us.)

Judy Ann Santos on close friend Sharon Cuneta revealing that she’s in a midlife crisis: “She’s doing OK, working things out. All she needs from friends are prayers and understanding.” (Shouldn’t they have known sooner?)

KC Concepcion on her mom Sharon’s ordeal: “Our whole family and all our friends are behind her 100 percent.” (As her daughter, you’d better be.) 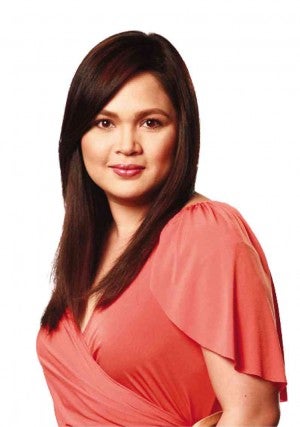 JUDY Ann Santos would rather steer clear of elders’ quarrel.

Erik Santos, asked if he’s sure where his relationship with Angeline Quinto is going: “Siyempre…alangan namang mag-aksaya lang kami ng oras.” (How cold.)

Shaina Magdayao on being seen with Sam Milby on group dates: “May time ako at may time siya…This year,  sabi ko let’s meet new people.” (And round and round they go…)

Anne Curtis, asked if she’s OK with sister Jasmine’s relationship with Sam Concepcion: “Whatever makes her happy.” (Sounds like a no.)

Anne, asked if Sam exerts effort to know her and their mom: “No comment na lang.” (Sounds like another no.)

Anne, asked if she and Sam are doing well after their bar altercation: “Uh…hindi kami close.” (That’s right, let’s never beat around the bush.)

Kris Aquino, asked if her sister Ballsy liked the last man she was linked to: “No comment!” (Kami rin!) 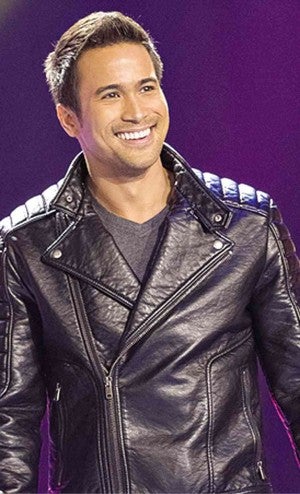 Kris’ reaction to Herbert’s interview with the show biz press? (Let’s skip this.)  Startalk, The Buzz

This week’s top show biz news in  the Inquirer tabloid Bandera (and why we are moved, if we are moved):