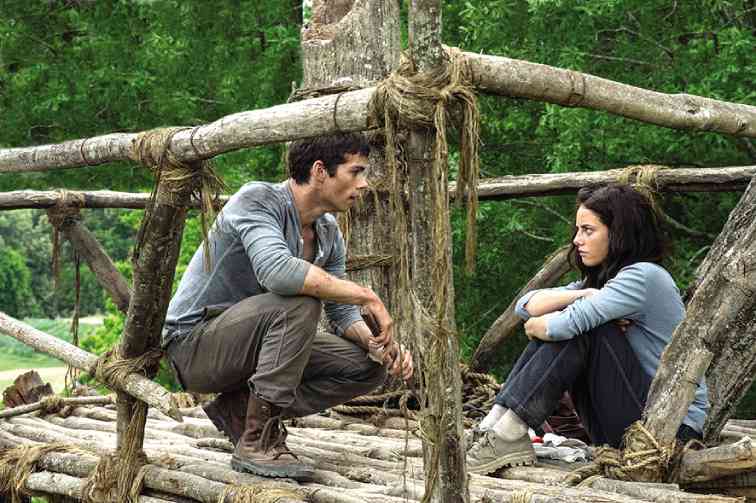 DYLAN O’Brien and Kaya Scodelario in “The Maze Runner”

LOS ANGELES—Wes Ball, whose “The Maze Runner” is earning good buzz and is expected to be a hit when it’s shown in the United States starting Sept. 19, has a Filipino-American manager, Peter Cayetano McHugh. The nephew of the late Sen. Rene Cayetano is also producing Disney’s “Ghostopolis,” with Hugh Jackman attached to star; and Universal’s “Prosthesis” with Arvind Palep as director.

Peter’s mom, Alice, is the  sister of the late Sen. Rene. Ren and Lino, Senators Pia and Alan Peter are the Hollywood exec’s first cousins. 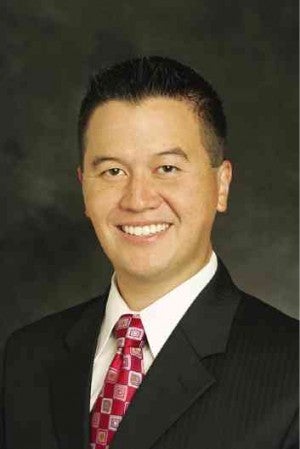 We recently interviewed Wes, who talked about how he came to be managed by Peter. The young filmmaker makes his solid feature directing debut with “The Maze Runner,” the first book in James Dashner’s hit trilogy of novels, about a boy whose memory is erased and must try to escape from a maze in which he and other teenagers find themselves trapped.

“Peter and I were talking one day,” recalled Wes, whose “Ruin,” a seven-minute CGI animated film on a post-apocalyptic world, went viral in 2012. “It just seemed like a good fit. Finally, we are going to join forces and see what we can do together. I felt that he was a real friend who supported me even before anything happened. He’s been a good ally. It’s cool.”

For his part, Peter said, “I had always been a fan of Wes’ since he won a Student Academy Award for his short film, ‘A Work in Progress.’ At that time, a close friend was managing him, so there wasn’t a chance I’d work with him in that capacity. Years later, when an opportunity to represent him emerged, we talked. I was fascinated with the work he was doing through his boutique animation and VFX house, Oddball Animation.

“I was even more excited by the [prospect] of what I knew he could bring to the big screen. His taste, instincts, vision stirred up all the reasons that I’m in this business. We started working together and, well, from ‘Ruin’ to ‘Maze Runner’—it is only the beginning!”

“When Wes launched his original short film ‘Ruin,’ it got incredible attention online and in Hollywood. Many producers, financiers and studios were interested. It was a wild ride, but Fox stepped in preemptively and did a deal for Wes to co-write (with TS Nowlin) and direct the theatrical version of ‘Ruin.’ 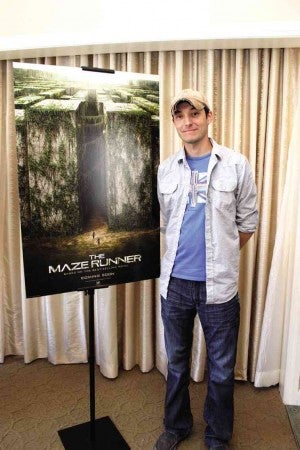 “In getting to know Wes through that process, the studio got a great sense of him as a filmmaker. They shared ‘The Maze Runner’ novel with him, and he was hooked. When a film starts to get into Wes’ creative DNA, there’s no stopping him. He drafted an image from the film that only increased the studio’s excitement for him.

“His insights into the characters and story were compelling. The more he discussed what the film could be and the more he showed them through artwork and pre-visualization, the more engaged they became with his vision, and the more they believed he would make an amazing film, which he did!”

Working with a reported total budget of $30 million, a miniscule sum by Hollywood standards, Wes managed to make “The Maze” look like a $100-million-plus epic. His simple explanation: “Fortunately, my background was in VFX. It was a matter of squeezing out as much money into the screen as possible. Nothing was wasted. It was about very efficiently choosing the shots that gave the [wildest] effect.”

He stressed, “We can’t forget that it’s about the character and story, so we would show those big, wide shots and then we would come in tight and just deal with our characters and emotions. That was our trick for giving it a big scale but it feels very much that the movie lives a little bit beyond the frame. Your imagination fills in the rest. That’s how we cheated on the cost thing.”

Fox is obviously pleased with Wes’ achievement in “The Maze Runner.” Even before the movie is released, Wes is already preparing to direct “The Scorch Trials,” the second book in James’ series. “We are about nine weeks out from shooting,” he announced. “We are in New Mexico right now. We’ve got a crew and stages. We are rapidly approaching our shoot time. The sets are being built. A lot of the same crew is coming back. Most of the cast is coming back, except for the ones who were killed [in the first film]. The script is really coming along.”

Wes added, “We have a lot more resources, a bit more freedom. We’ll continue to tell the story and pick up where the last one left off. What’s really fun about it is that we keep exploring these characters that you fall in love with in the first one. We just go into them in a deeper way. We get to be a little bit more mature and sophisticated in the movie itself. It’s also bigger in terms of scope and scale. But it’s also a much deeper film. So we are all really excited, pushing forward. The movie will be out in about a year.”