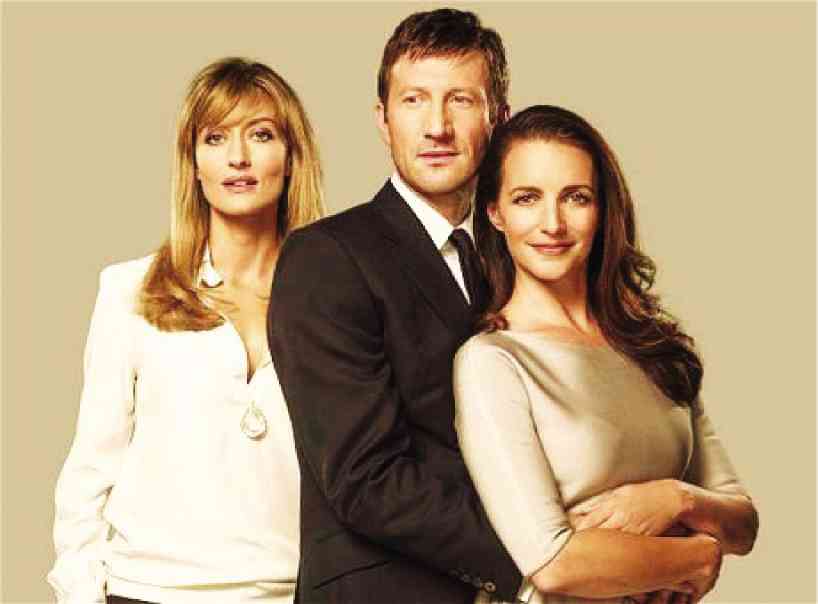 It is not unusual for popular theater productions to take the big leap from stage to screen (“The Sound of Music,” “Chicago,” “Mamma Mia”), but it’s trickier for film classics to jump to the stage, like the visually enchanting but ultimately unsatisfying “Lord of the Rings” musical (which returns to the stage in 2015)—because actualizing their rabid followers’ high expectations is close to impossible!

Take James Dearden’s stage adaptation of “Fatal Attraction,” Adrian Lyne’s alarming drama about marital infidelity. It has been 27 years since Michael Douglas, Anne Archer and Glenn Close starred in the screen drama—but, any actress who’s brave enough to take on the role of the pathologically needy mistress, Alex Forrest, will always end up getting compared to Close, who earned an Oscar nomination for her indelibly terrifying turn.

Natascha McElhone is best remembered for her screen roles in “The Truman Show,” “The Devil’s Own” and “Californication”—but, she has also proven her acting mettle in a variety of stage productions, including “A Midsummer Night’s Dream,” “The Cherry Orchard” and “Richard III.”

As the bunny-boiling Alex in director Trevor Nunn’s production at London’s Theatre Royal Haymarket, McElhone was stunning, statuesque and passably persuasive—but, she didn’t have Close’s force-of-nature mystique and sense of calamitous danger. Just the same, her performance brimmed with a tinge of melancholy and wistful vulnerability, which made her more “relatable.”

As faithless husband Dan Gallagher, Mark Bazeley (“The Bourne Ultimatum”) didn’t have Douglas’ stellar appeal, but he was credible as a family man who couldn’t keep his pants on.

Last seen in Gore Vidal’s “The Best Man” on Broadway, Kristin Davis, who played Charlotte on “Sex and the City,” didn’t have much to do in her West End debut as Dan’s betrayed wife, Beth—and her performance seemed too perfunctory when measured against Archer’s well-calibrated, Oscar-nominated performance.

To be fair, McElhone, Bazeley and Davis weren’t bad—but, Nunn’s take on this cautionary three-way didn’t have anything new to say, so they occasionally looked like attractive pawns who were expected to dutifully jump from one part of the exposition to the next.

Thanks to Robert Jones’ production design, the stage looked gorgeous, from the icy sophistication of Alex’s apartment to the homey charm of the Gallaghers’ abode—but, that’s par for the course in most West End productions.

More than anything, the stage drama was weighed down by the limitations of its genre: When suspense-thrillers are revived, it’s hard to tap into the element of surprise that had made its initial incarnation thrilling. You know how it ends, so the way the new director executes it is crucial. (In contrast, Sam Mendes reimagined Kander and Ebb’s “Cabaret” by giving its 1993 version a gloomier and more dangerous tone.)

Davis was thrilled for the chance to work with Nunn—whose directing credits include “Cats,” “Sunset Boulevard,” “Starlight Express” and “Aspects of Love.” She says that their version had a firmer grip on the play’s three main characters:

“They’re more clear-cut—and I see the gray areas more strongly,” she told The Telegraph’s Julia Llewellyn Smith. “When there are public stories about affairs, everyone has an opinion about them—but, I understand where they’re coming from. People are fallible, and we make mistakes. Life is complicated, after all—if it wasn’t, we’d all be (boringly) perfect!”