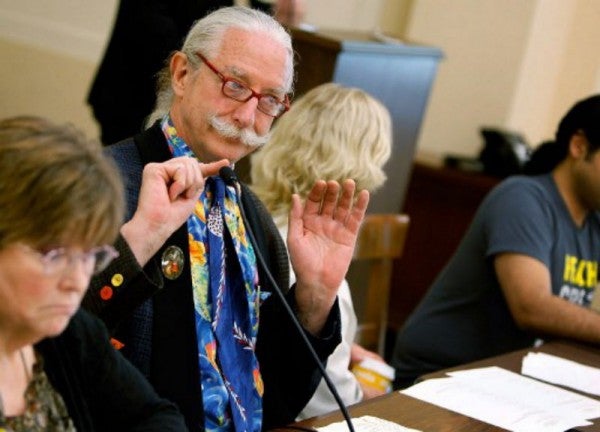 LIMA – The doctor and clown whose life story formed the basis of the movie “Patch Adams” paid tribute Tuesday to its star Robin Williams after he was found dead of an apparent suicide.

“The terrible news of the passing of Robin Williams reached me here in the Peruvian Amazon late last night with tremendous sadness,” Hunter Doherty Adams, the founder of the Gesundheit Institute, wrote on Facebook.

“Surrounded by over 100 friends and clowns on our annual clown trip here we mourn this tragic loss and continue to treasure his comic genius,” said Adams, who travels the world with a clown group in an effort to bring the healing power of laughter to sick people and orphans.

“I’m enormously grateful for his wonderful performance of my early life, which has allowed Gesundheit to continue and expand our work. We extend our blessings to his family and friends in this moment of sadness.

“Thank you for all you’ve given this world Robin, thank you my friend.”

The 1998 movie, directed by Tom Shadyac, depicts Adams as a medical student who battled convention to treat his patients using laughter.

Williams earned a Golden Globe nomination for his portrayal of Adams.

Robin Williams an airman, genie, nanny, but one of a kind—Obama