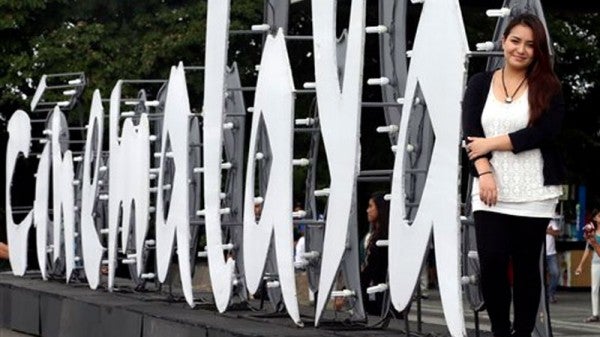 Filipino independent film director Hannah Espia, who directed and co-wrote the film “Transit” poses at the Cultural Center of the Philippines where her film is being shown in the country’s Cinemalaya film festival in Manila. AP

Manila, Philippines–Filmmakers took to the stage on Sunday during Cinemalaya’s awards night to criticize the film festival for the controversial leak of films on YouTube.

Hannah Espia, director of Transit, after receiving the Best Screenplay award for Giancarlo Abrahan who directed and wrote the screenplay of Dagitab, slammed Cinemalaya for “violating” their rights.

Espia called on Cinemalaya to set a dialogue and on filmmakers to unite.

“We cannot stay silent,” she said.

A pair of presenters also echoed Espia’s call and read a similar statement from Cinemalaya’s Batch 1 before the awards-night audience.