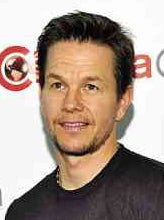 Unusual TV formats and features appear to be more the rule than the exception this season, with new “extreme” attention-grabbers joining the hectic competition for viewers’ avid, perfervid favor.

They include “Body Bizarre,” which “showcases” nature’s freaks and what people do to their physical features to make people notice them (piercings, weird hairstyles, etc.).

For its part, “Relative Insanity” is a game show that pits two families against each other, and subjects them to challenging and sometimes demeaning tests, each with a financial prize attached to it.

The family that wins the most money is adjudged the winner of the weekly tilt, which brings out the conflicts and psychological issues that can threaten a family’s unity and solidarity.

“Mom’s Time Out” rescues homemakers from the drudgery of daily housekeeping and taking care of their occasionally unappreciative and ungrateful husbands and children.

As the moms are given a week off from their chores and wined and dined in hotels and spas, the families they leave behind have to fend for themselves.

The result? When the rested moms come home again, their spouses and children welcome them back most lovingly and gratefully!— An important lesson forcible learned!

Another family-oriented show, “Wahlburgers,” is a reality TV show about Mark and Donnie Wahlberg and their family members, who put up a “personalized” burger restaurant.

Aside from being a celebrity “how to succeed” show, the program also exposes some unrecognized and unarticulated family conflicts and resentments, many of them felt by the non-celebrity members of the family, who chafe at their relative lack of popularity, and do most of the work even as Mark and Donny get the lion’s share of raves about the restaurant’s menu and service.

—Their resentment is quite understandable, but they should remind themselves that their joint is a success because their star-relatives’ names are attached to it! If they can’t stand the heat, they should get out of that hot kitchen.

On local TV, the controversial “Suffer Sireyna” gay tilt has finally ended—and not a moment too soon. It’s been replaced on “Eat Bulaga” by a new contest for “plus-sized” or fat women—which could become controversial in its own right, if it cluelessly fails to acknowledge the many side issues related to obesity, women’s self image, and how the public treats fat people.

For its part, “It’s Showtime’s” “Gandang Babae” tilt has been concluded, and the program is now showcasing its male counterpart, “Gandang Lalake.”

The new show makes it a point to field contestants who aren’t just goodlooking but are also gainfully employed—unlike other past TV tilts for tambays and such.

To date, the new show has already discovered some potential stars in the making, so it should put them under development and mentoring contracts—before other producers beat them to the draw!