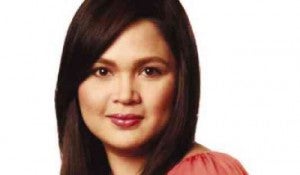 Much of what we see on the small and big screens are mere rehashes of old material that has clicked with the viewing public. Once in a while, however, producers and directors come up with something bracingly fresh and new, and those productions are what we’re celebrating today:

Some TV seasons ago, Adolf Alix Jr. came up with a drama series, “Bayan Ko,” about the harsh realities of small town politics, and the program deservedly won a lot of attention and citations.

This season, Alix is following up with “Sa Puso ni Dok,” a series about the similarly daunting realities that public health doctors, nurses and other medical workers have to contend with on a daily basis.

We hope that Alix’s new series will be similarly honest and insightful, so that our public hospital’s travails will be exposed, and something can be done by the government to alleviate them.

For its part, the new reality challenge, “I Do,” hosted by Judy Ann Santos, is potentially exceptional in its own right, because it pits 10 engaged couples in challenges against each other, with the winning couple ultimately copping the top prize of a grand wedding, plus perks and cash.

The show is a natural magnet for local viewers, because we’re so enamored with romantic love, blissful marriage and “happily ever after” scenarios in these parts—even as we see more marriages breaking up due to all sorts of problems and pressures.

But, we hope that “I Do,” doesn’t stress its romantic aspect too much, and presents its contestant-couples, as well as the empathetic viewing public, with a more realistic view of love, engagement and marriage, Pinoy-style.

Host Judy Ann could be a major “reminder” in this regard, because she’s “been there, done that”—and yet still has a good, loving family life with her hubby and kids.

On the big screen, it’s heartening to see that our best directors are coming up with budget but interesting movies that represent the best of what the new, “amalgamated” maindie film type is capable of.

Its instructive to see that the film is being publicized and sold as “a film by Laurice Guillen,” banking on the ace filmmaker’s “quality cred”—and her movie’s good showing at the box office, as typified by the standout success of “Tanging Yaman.” Next, Joey Reyes is about to screen his rom-com, “Somebody to Love,” with Matteo Guidicelli and Carla Abellana.

We hope that both films will attract viewers who appreciate quality entertainment. We trust that you are part of that target audience, so do try to catch “Once A Princess” and “Somebody to Love” at our cineplexes!