Japanese actors arrive in Manila for premiere of anime-inspired film 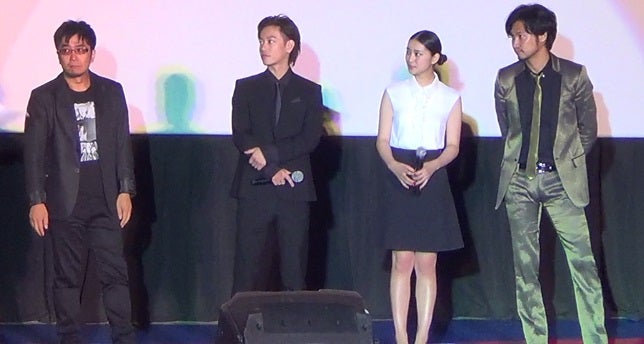 The actors and the film’s director, Keishi Ohtomo, just made a short stop at their hotel in Fairmont before proceeding to the red carpet event at the SM Megamall in Pasig City.

Ohtomo and the film’s lead actors Takeru Sato (Himura Kenshin), Emi Takei (Kamiya Kaoru) and Munetaka Aoiki (Sagara Sanosuke) were greeted by a crowd of more than 2,000 shrieking fans at the Event Center of SM Megamall. Some of the fans came as early as 10 a.m. to be at the event. Some traveled four hours to get to Manila.

Their long wait paid off as Takeru obliged as many fans as he could, signing autographs and doing selfie with members of the press. He would wave his hand to the crowd whenever he heard them scream “Ta-ke-ru” or “Ken-shin.”

“Ako po si Takeru Sato. Masaya po ako na andito ako (I am Takero Sato. I’m happy to be here),” he said when he went up the stage.

Not to be outstaged by Takeru, Aoiki charmed the audience with his Filipino phrases like “Magandang gabi (good evening)” and “Salamat po (thank you)”. 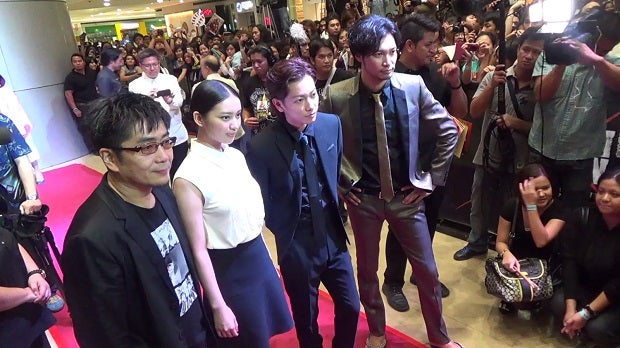 “Rurouni Kenshin” is based on the Japanese Manga series written and illustrated by Nobuhiro Watsuki in 1994.  It was adapted into an anime series on January 10, 1996. Most Filipinos know the TV series by another name–“Samurai X.”

The director and cast later made their way to Cinema 9 where the premiere of the film was held.

They will be appointed as Cultural Friendship Ambassadors “for linking Japanese and Filipino cultures” in Makati City on Thursday morning.

The director and the cast will have a public press conference at 6 p.m. Thursday at the Glorietta Activity Center

Regular showing of the film will start Aug. 20. Another Japanese film, “The Legend Ends,” will be shown on Sept. 24.