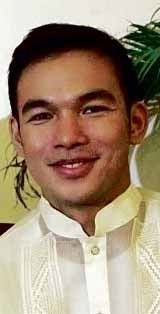 MANILA, Philippines—In July 2012, Filipino singer-actor Mark Bautista posted a photo of the late President Ferdinand Marcos on his Facebook page—accompanied by the politician’s effusively sentimental message to his wife Imelda.

Bautista, who had just returned from a tour of Ilocos Norte at the time, could not know that he would be portraying Marcos in the West End production of David Byrne and Fatboy Slim’s “Here Lies Love” two years later.

A critical and commercial smash when it premiered in New York last year, “Here Lies Love” recounts the rise and fall of Marcos’ wife and first lady, Imelda, with a disco-infused playlist.

According to an online report, Bautista was “handpicked” by Tony-nominated director Alex Timbers, along with two other actors of Filipino heritage: Natalie Mendoza who will play Imelda and Gia Macuja Atchison who will portray Estrella the nanny. Dean John-Wilson, who is of Chinese-British extraction, will play Marcos’ political nemesis, Sen. Benigno Aquino.

Bautista, who was born in Cagayan de Oro City in 1983, admitted that he knew very little about the Marcoses prior to that Ilocos trip. “All I knew was what we read in newspapers … that he declared martial law and was a dictator. When I visited Ilocos Norte, I learned more about him. I got to read his love letters to Imelda. He sounded so romantic and the words he used to express his love for his wife were poetic. His mind was really different,” he said.

Bautista will be brushing up on Marcos lore as he prepares for his big West End debut. “Here Lies Love” is set to go onstage at the National’s Dorfman Theatre in London in late September.

Bautista, who was discovered in a reality singing contest a decade ago—he was runner-up to singer-actress Sarah Geronimo in the talent show “Star for a Night”—leaves for London on Aug. 16 as rehearsals for “Here Lies Love” will begin next month.

Before leaving for the UK, Bautista plans to meet with his vocal teacher, burn a “vocalization CD,” pack lots of vitamins and cold and cough medicines, and shop for winter gear.

This is the first time he will be away from his family for an extended period (his contract is for six months) and worries about them.

“I’m the breadwinner so I have to tell them how to run the household while I am away. I have to leave a lot of instructions,” he said.

He is also worried about the career he’s leaving behind. “I hope my fans will not forget me while I’m gone. [But] I will keep updating them on my Twitter, Facebook and Instagram accounts,” said Bautista who is a GMA7 artist.

He describes the coming London adventure as a “new chapter in my life.”

“I pray that this break will open more doors and will lead to more opportunities for me,” he said.

He knows it will teach him independence. “I’ll have to run my own flat, do my own laundry. I heard food and cab rides are expensive in London. I’ll have to cook my meals and ride the tube (train) to save money,” he said.

These are tips he got from another singing champion, Rachelle Ann Go, who is currently performing as Gigi in the West End revival of “Miss Saigon.”

“A few months ago, I was still thinking of how I could save enough money to travel to Europe and watch ‘Miss Saigon.’ But God made things easier for me. I’ll finally get to watch her (Go) in London,” he said.

“I was lucky to work with the best directors in town: Audie Gemora in ‘Noli Me Tangere’ and Chari Arespacochaga in ‘Full Monty,’” he recounted. “‘Noli’ was vocally challenging, while in ‘Full Monty” I had to speak like a New Yorker convincingly.”

His role in “Here Lies Love” is not as vocally strenuous. “I don’t have to belt out as much. The music is more pop. There is more dancing, though. The whole play is set in a disco,” he explained.

When Manila auditions for “Here Lies Love” were announced, Bautista was determined to join it. “I regretted my decision not to try out for ‘Miss Saigon.’ This time, I made sure to participate,” he said.

He found the tryouts a little daunting, seeing the, to him, more seasoned aspirants. He got through all the tryouts.