But no immediate plans yet for the ‘Ultimate Hunk’ who complains about assignments given by home network
By: Bayani San Diego Jr.
Philippine Daily Inquirer / 12:09 AM July 27, 2014 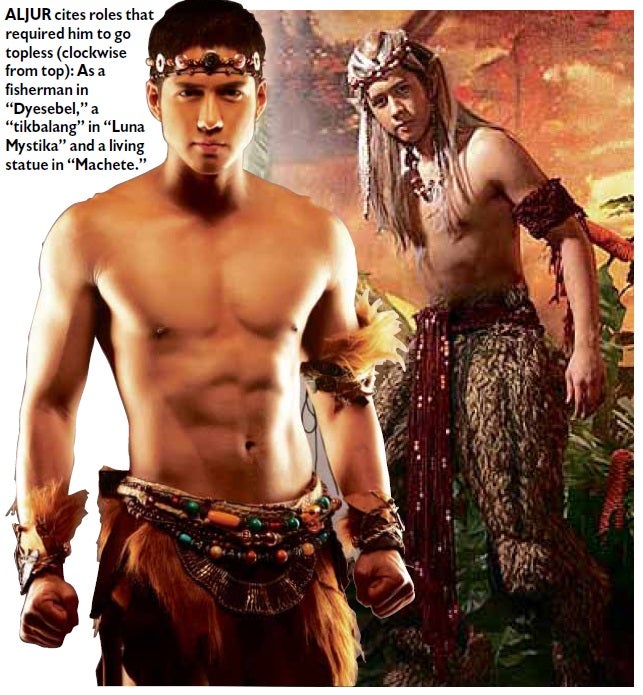 Singer-actor Aljur Abrenica stirred up a hornet’s nest by filing a case in a Quezon City court for the “rescission” of his contract with home studio GMA 7 on Thursday.

Asked whether Abrenica had plans to move to rival channels ABS-CBN or TV5, his lawyer Ferdie Topacio told the Philippine Daily Inquirer on Friday via text message: “Nothing definite yet for my client. No new manager. No new network. He’s taking it one step at a time.”

GMA corporate communications issued this statement on Friday: “GMA Network does not release its talents from their existing contracts without valid cause or basis, particularly if the reasons cited by its talents are not true. We will respond to the issue when we receive a copy of Abrenica’s complaint.”

In the meantime, the case has opened a can of worms.

In his statement, Abrenica, who won the title “Ultimate Hunk” in the reality search “StarStruck” in 2007, complained of “an intensive work schedule [that resulted] in exhaustion and eventual periods of illness.”

Abrenica also complained of “gastritis”— a result of his “demanding schedule.”

The statement pointed out, “GMA does not have any clear and concrete plan with regard to the direction of his career and growth as a performing artist.”

Abrenica took exception with the “sexy” image that, he said, the Kapuso network had been crafting for him since 2008.

The statement recounted that he played a string of TV roles that required him to be “topless” in his scenes—as a fisherman (in “Dyesebel” in 2008), as a tikbalang (in “Luna Mystika” in 2009) and as a living statue/veritable sex object (in “Machete,” 2011).

He was “aghast” that GMA had proposed for his music album, “novelty” songs with “double entendres of a graphically sexually suggestive nature” and with titles like “Nota,” “Sisid,” “Abs,” “Legs” and “Check In.”

He cited instances when his career was “mismanaged”—resulting in lost opportunities.

Abrenica mentioned his casting in a movie, “Cain at Abel,” with the “much junior” Alden Richards. Abrenica noted that his role in the movie was “smaller and less prominent than Richards’.”