Cristine Reyes has had it with all that male attention 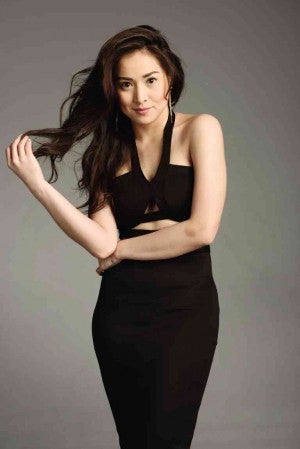 SHE’S uneasy about being ogled.

Cristine Reyes has had enough attention from men.

That’s one of the reasons, the 25-year-old actress said, that she wants to take a break from sexy drama flicks and TV shows. Her coming movie, the Andoy Ranay-directed “Trophy Wife,” could be her last project of such kind.

Asked by the Philippine Daily Inquirer if she had had any uncomfortable encounter with male fans, Cristine, speaking at a recent press con, related: “Every day, men stare at me and it makes me uneasy—I can’t do anything freely. I don’t want that anymore.”

Cristine, who first appeared on the pages of men’s magazine FHM when she was 18, has since starred in such movies as “No Other Woman” and “When the Love Begins,” and top-billed the ABS-CBN series “Eva Fonda.”

Her decision to stop baring skin onscreen soon is likewise fueled by a desire to be a well-rounded actress. “It’s time for me to move on to a new chapter in my career,” she said. “But I’m not totally closing that door.”

She said viewers regarded her as more than a sexy actress now: “Even though I do daring scenes, I make sure I show my skills [in acting] as well.”

The ABS-CBN star said she was looking forward to doing more drama and perhaps some comedy, and that she had expressed these feelings to her mother network.

“Ma’am Charo (Santos-Concio, ABS-CBN president) and I have talked about it,” Cristine related.

Asked if she was worried that offers might come to a halt, Cristine replied, “I’ve saved enough, and I’m planning to put up a business in the future.”

Meanwhile, costar and ex-flame Derek Ramsay revealed that Cristine has a scene in “Trophy Wife” reminiscent of Sharon Stone’s in “Basic Instinct.” Cristine refused to elaborate on it. “I don’t want to spoil anything!” she shrieked.

Though she has no qualms about friends watching the movie, Cristine would rather that the guy she’s currently dating—a half-Filipino, half Persian athlete—did not see it: “It’s different if you have feelings for a person. It’s not that I’m embarrassed; I just want to protect his privacy.”