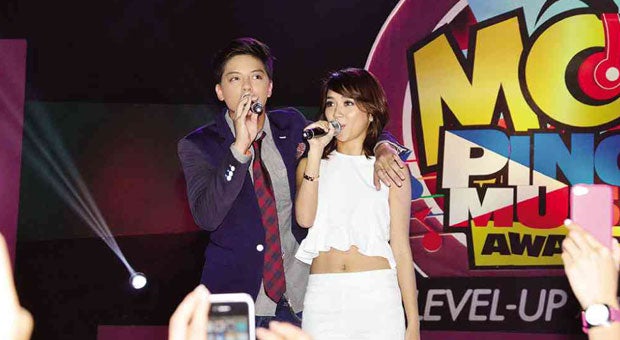 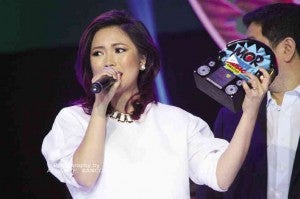 Daniel, who has headlined two sold-out solo concerts, was declared Male Artist of the Year and won Album of the Year for his sophomore record, “DJP,” which has reached double platinum status since its release in 2013.

“I want to thank you all, because I know it’s not my voice that won me this award—it’s you!” Daniel said as he raised his Male Artist of the Year trophy. A banner-toting supporter

screamed in response, “I love you, DJ!” 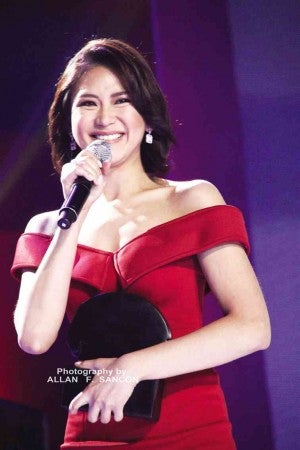 Sarah Geronimo won Female Artist of the Year on the strength of her single “Ikot-Ikot” from the album “Expressions.” “Radio remains a vital aspect of a music artist’s career,” she said in her speech.

At a press con a week earlier, disc jockey Toni Aquino said helping the music industry by playing more original Filipino songs was a cause that she shared with colleagues at MOR 101.9. “We want to champion our own music, encourage artists and composers to create more songs,” she said.

DJ Reggie Valdez also pointed out, that amid the popularity of revivals and covers of foreign songs, it’s important for them to cite those who continue to come up with new material. “This is a celebration of songs and artists that made an impact from January to December 2013,” he said. 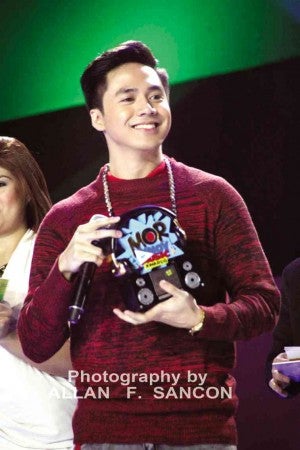 The rites featured performances by Morisette Amon, Klarisse de Guzman, Janice Javier, Darryl Shy, Eurika, KZ Tandingan, Bassilyo, Sam and Vice. The evening ended with another round of cheers and shrieks as Daniel and screen partner Kathryn Bernardo thrilled fans with “Grow Old with You” by Adam Sandler.