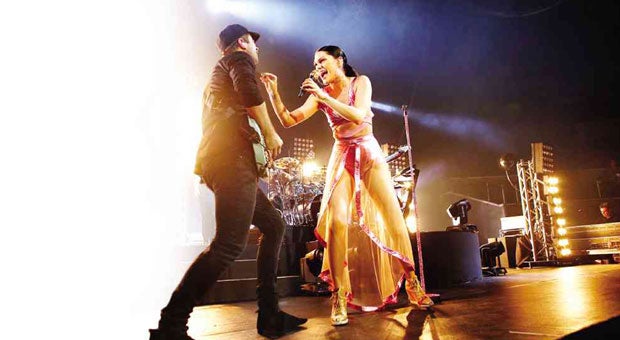 Two songs into her recent concert at the Big Dome, pop-R&B artist Jessica Ellen Cornish—Jessie J—told the crowd that she wasn’t feeling very well. She apologized for not hitting all the notes the way she usually did. “I’ll [just] try to sound as good as I can … for you,” she said.

Not that her fans needed reassuring. The tenacity with which she tackled her opening number, “Sexy Lady,” and her 2011 electro-pop hit, “Domino,” was enough for them.

In these times, when not a few so-called pop divas cling to the corrective program Auto-Tune as an imperative and not a mere enhancement tool, Jessie is a cut above the rest in terms of pure vocal ability. This, the British singer-songwriter confidently showcased throughout a 15-song set of pop, dance, hip-hop and R&B numbers.

Jessie’s voice is lithesome and powerful at once, and a touch soulful. Her expansive range let her dredge up low, smoky notes, and smoothly shift from a warm midrange belt to a steely growl within the same word. The 26-year-old rapped, scatted and broke into a chirpy staccato, and at times punctuated song lines with unexpected trills.

But perhaps the most remarkable aspect of that voice was its agility, which allowed for riffs and runs that stretched syllables into a string of seesawing notes. The excited audience erupted in intermittent screams and applause as Jessie, who burst onto the music scene in 2010 with the song “Do It Like a Dude,” whipped up an improvised thank-you song that she dedicated to a fan.

Jessie willfully improvised and gave new verve to her songs—from the funky, retro dance tune “Calling All Hearts” to the hip hop-inflected “Ain’t Been Done,” the bold, luscious beats of “Sweet Talker,” and the electro-laden “Laser Light.” “Nobody’s Perfect” began like a sentimental torch ballad that swelled midway into an anthemic showpiece.

The only trouble with Jessie having such an arsenal of vocal tricks at her disposal was that she tended to, rather self-indulgently, pack everything into a song and go riff-crazy à la Christina Aguilera, whenever she got too carried away. But that likewise showed how much Jessie committed herself to her performances and lived on the stage note per note.

As imposing as her singing was Jessie’s alluring presence—it helped that she’s 5’9” and have legs that went on for days. She strutted across the stage like a pageant queen, but ended each walk with a shimmy, a booty-shake or a quirky move.

Jessie spent as much time talking to the fans and delivering lengthy messages of self-empowerment that bordered on preachy. But it was exactly what her fans, fondly called “Heartbeats,” had come to expect. At one point, she turned emotional reading a fan letter from one Joshua Tan, who narrated his struggles with bullying and how he overcame the ordeal through the singer’s music. 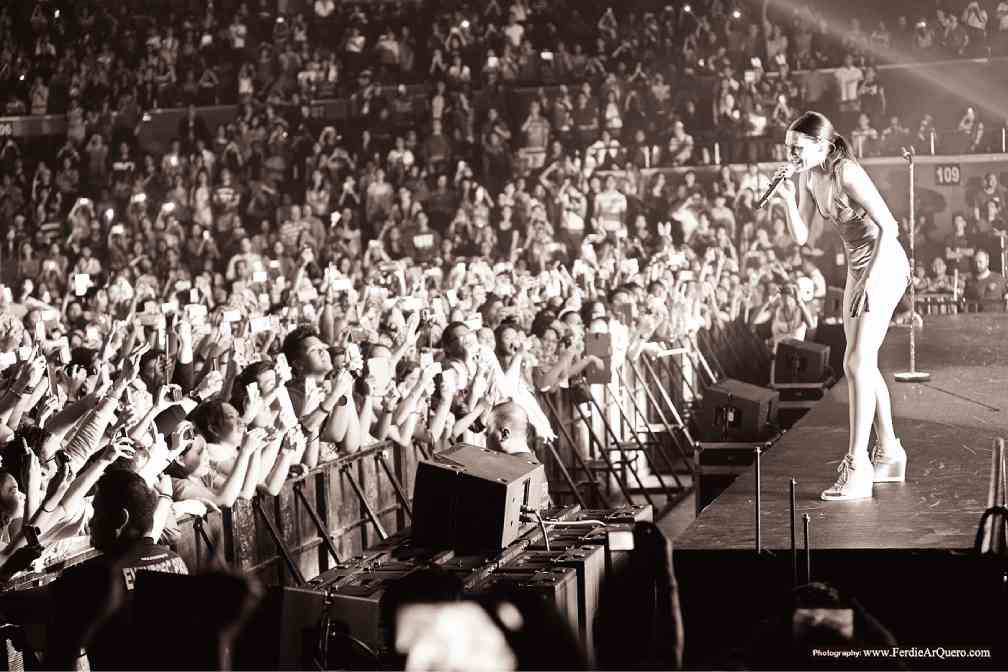 Desire to be invisible

“Whenever you feel like that, know that I’ve been there as well,” said Jessie, who was a mentor on “The Voice UK’s” first two seasons. “My dad always says that whenever anyone’s mean to you, it says more about them, than about you.”

Before performing the poignant “You Don’t Really Know Me,” Jessie said she had a desire to be invisible at times, when she didn’t feel like being an entertainer. She highlighted the importance of staying true to oneself, saying, “We have only one life.”

“Wear your hair the way you want. Wear socks with flip-flops—it’s your choice. When I was 17, a lot of people told me they loved me, while trying to change me and my music. It took a lot of courage to refuse what was being asked of me… one of the saddest [phases] in my life, and this song was my therapy.” The song was “Who You Are,” which she sang with “The Voice Philippines” alum Morissette Amon.

Jessie admitted that she can be hard on herself at times. “But at the end of the day, you just have to do your best,” said the performer, who ended the show, mounted by Futuretainment and Midas Promotions, with an emphatic rendition of her biggest worldwide hit, “Price Tag.”

Jessie said she couldn’t find the right words to describe her first show in the Philippines. Inviting her team to join her onstage for a final bow, she declared, “This is the perfect ending to my world tour.”