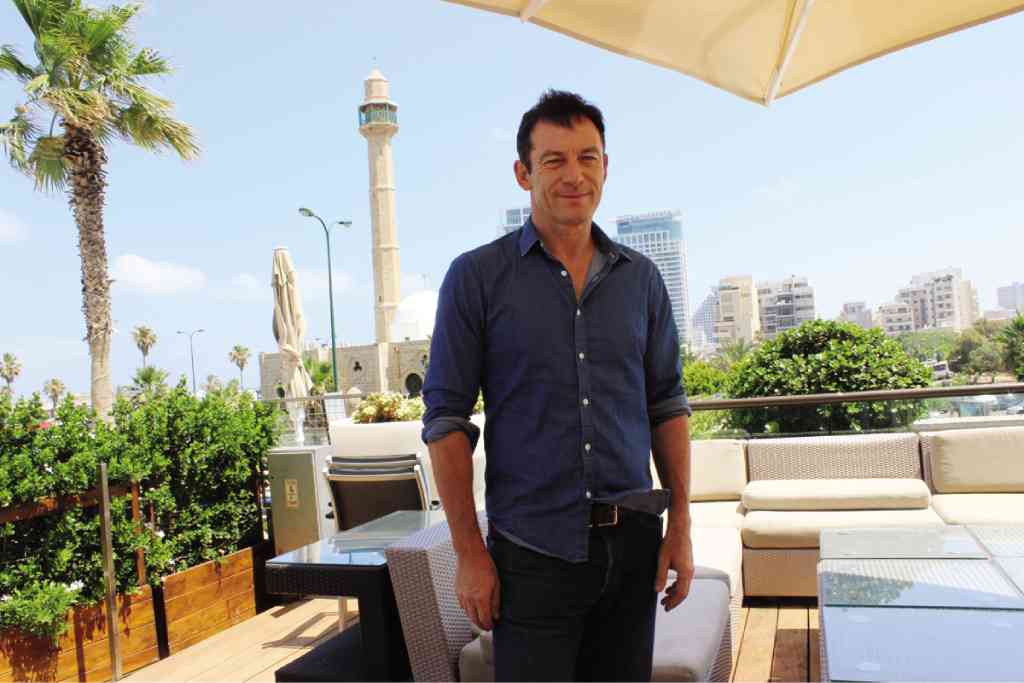 JASON Isaacs makes sure to shower and floss before a bed scene. RUBEN V. NEPALES

LOS ANGELES—“I am having sex with  Anne Heche,” Jason Isaacs replied, his blue eyes twinkling, when asked what scene we were going to see him and Anne shoot later in the day. It was a clear, sunlit morning at the David InterContinental in Tel Aviv, Israel, where we were interviewing the British actor about “Dig,” USA Network’s new miniseries being filmed there. “You are invited,” quipped Jason, casual in denim shirt, jeans and sneakers.

“We were going to be doing a bunch of other stuff but the schedule changed,” explained the actor, known to “Harry Potter” movie franchise fans as Lucius Malfoy. “So it’s me having sex with Anne. I am not quite sure how much of it you will get to see.”

“Dig” is cocreated and executive-produced by two powerhouse talents, Gideon Raff (he produced the acclaimed “Homeland”) and Tim Kring (“Heroes”). Dubbed an “event series,” “Dig” centers on Jason’s Peter Connelly, an FBI agent based in Jerusalem who discovers a 2,000-year-old conspiracy while investigating the murder of an archaeologist, Emma (played by Alison Sudol, front woman for the band A Fine Frenzy). 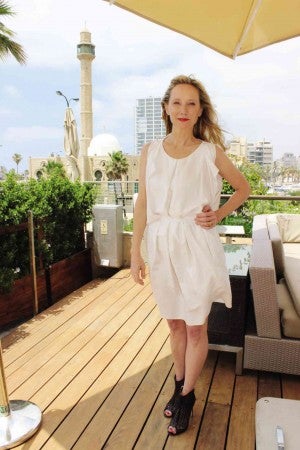 Jason told us more about his character: “Peter Connelly is damaged. He carries a lot of grief. He’s cynical, funny and world-weary. But he’s also very good at his job.”

Laughing, the London-raised actor said, “He is in every way braver, tougher, sexier and smarter than I am. That’s one reason I am an actor—I get to do things like that.”

“It really f***ing hurts,” he admitted about his physical state. The role requires him to run and jump over Jerusalem’s famous landmarks, fight and more. “I swear to God—I jammed some painkillers down. I’ve got bandages on my feet. My shoulder hurts. I’m doing stuff that a man my age shouldn’t be doing. But what a great job it is.”

He relished the rare chance to shoot the show in many places that tourists in Jerusalem don’t see. “Regardless of your faith and whatever religion people have or don’t have,” he said, “it’s impossible not to feel the sense of history [here].”

Pressed for more of the series’ story details, Jason quipped, chuckling, “I could tell you but I would have to kill you. I did some press early on. I was saying: ‘It’s about X.’ Then I thought, is that going to spoil it? Because it’s a bit generic to go, ‘A conspiracy that will change the future of the world.’ We can continue to say that, but I don’t know the fine line yet. We haven’t discussed how much we can give away.”

He obliged, though, with a few details. “There are groups of people whose belief and faith trump their humanity, as far as I am concerned. They are prepared to sacrifice an awful lot of us to see the world that they would like to happen. They have a bunch of money and influence. Jerusalem is their hot spot.”

Jason gushed about his talented behind-the-camera collaborators. “I am blessed to meet people like Gideon, Tim and SJ, and find like minds.”

Back to the sex scene—how does he prepare for that? “I have been in preparation for that most of my life,” he cracked, then deadpanned, “I am more likely to shower if I am having sex with someone that day.” For him, the important thing is to “keep myself free and loose enough.” Also, he’s fine “if the script is well done enough and I am in the hands of someone capable like SJ. Aside from those, I am just more likely, as they say, to floss today.”

He stressed, “I actually said having sex, not making love. There’s a distinction. There’s an interesting relationship between Lynn and [my character]. Not to be facetious about it but it’s a nuanced, adult show. There are interesting, complicated relationships… We are work colleagues on this and we are having sex, but we are not having a romance. Or are we [having a romance]?… Can we be friends? Who can be the boss? Things like that.”

Jason was one of our first interview subjects in Hollywood so it was interesting to see him in Israel, in a new phase in his career. “The man got married, had kids,” he answered when we asked how he has evolved from the guy we first met promoting Roland Emmerich’s “The Patriot” (2000). “I feel like I’m older, wiser, a little bit further down the conveyor belt to the big fiery doors.”

Anne, in a separate chat, talked about how she got ready to play an FBI agent. Wearing a white dress, she dished that it was no different from prepping for a sex scene. “I wing it,” she said, laughing. “I trust the director. We’ve seen so many different strong women play FBI agents. It’s hard to not absorb some of those strengths. I hope somebody would believe that I’d actually be able to do it.” 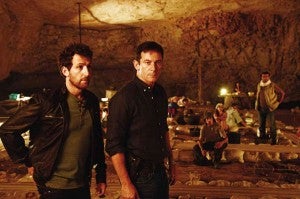 She continued, “I wanted to approach Lynne a little bit differently. I didn’t want to be imitating all of the FBI agents that we see in every TV show. I really just try to be a person who holds enough strength to be able to honor the story. The depth of it would be the same with a sex scene.”

She paid tribute to her director. “What’s amazing about how SJ directs is that, and I’m all for this, some people may not be—she just tells me where to stand and what to do and I’ll do it. I trust her visual sense so much. I know that she has planned the entire thing out. So this story has a certain pace and rhythm. I know that the sex scene is part of the tension. SJ is going to be very specific about how it has to be. There’s not going to be a lot of ad-libbing.”

With the interviews done, we went to the location, one of Tel Aviv’s old buildings. The first floor subs as a police station where we hammed it up and pretended to be grilled by a very game Gideon. Upstairs was a bedroom where they were going to perform the sex scene. But as with most filming, schedules changed yet again so we only got to watch Jason sleeping and then being awakened by a loud knock on the door.

Between takes, Jason danced a bit to his iPod music to get in the mood for his big scene with Anne later. One of the songs? Aretha Franklin’s “I Say a Little Prayer.”