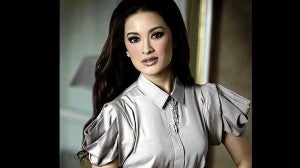 What would local TV drama series do without their resident villains? Go bland and blah and too boringly good to be true, that’s for sure!

So, just as big stars are needed to give viewers beautiful and popular personalities to empathize with, actors who play villains are essential to “teleseryes,” to contrastingly provide ornery characters we “love to hate.”

However, veteran actors adept at playing villains do eventually get on in years, so they’re now being replaced by younger exponents of the “dastardly” thespic craft.

Another factor is TV people’s desire to appeal to younger televiewers, since they comprise the medium’s biggest market.

These days, it’s both noteworthy and cautionary that some popular actors associated with villain roles are absent from the local TV screen. In their place, producers have fielded these new replacements:

On the recently concluded “Mirabella,” Mylene Dizon led the cruel conglomerate of nasty people who made life miserable for poor Julia Barretto.

On “Dyesebel,” the focus is now on “beautiful but bad” Andi Eigenmann, who’s mad at the title character played by Anne Curtis for “stealing” her two loves, boyfriend Gerald Anderson and mother Dawn Zulueta.

On “The Half-Sisters,” Thea Tolentino hates her sibling, played by Barbie Forteza, so much that there’s absolutely no love lost between them. And, on “Ang Dalawang Mrs. Real,” both Maricel Soriano and Lovi Poe’s characters have been deceived by the bigamous Dingdong Dantes, so he’s the handsome “villain” in their tempestuous extramarital tale!

—So many “younger” villains! Unfortunately, quantity isn’t quality, so some of them are falling short of the believably menacing and scheming mark.

For instance, Thea Tolentino is too patently and shallowly evil to be credible as a real threat to her despised sibling’s eventual happiness. Ditto for Andi Eigenmann, whose “evil” projection and posturing possesses little interiority.

Being more experienced, Mylene Dizon did better on the recently concluded “Mirabella”—although her sudden and abject contrition in the end was much too kneejerk to be believed.

As for Jake Cuenca on “Ikaw Lamang,” he relies too much on his character’s being “crazy,” as written, to serve as an excuse for his own kind of “kneejerk-evil” portrayal.

As good actors know, even absolute monsters have a human core that, small though it may be, can be mined for the “compensating contradictions” that make even “monstrous” characterizations accessible and relatable to viewers.

To date, the best “younger” TV villain is Maricar Reyes in “Sana, Bukas Pa Ang Kahapon.” She’s not just “generically” and automatically bad, but bothers to go into less obvious areas, like subtlety, contrast and even occasional “contradiction.” —Would that other screen villains could be as insightful and creative!