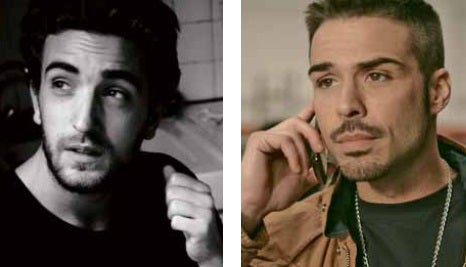 The film neatly sketches her relationship with her mechanic-turned-soldier husband and her well-meaning but meddlesome in-laws. Soon, Fereshteh’s predicament takes a ponderous melodramatic turn when Manouchehr is diagnosed with cancer. (It’s worth mentioning that Iranian movies are still more compelling when they’re topbilled by young protagonists.)

Alfredo León León’s Grand Jury Prize-winning, 1941-set war drama, “Open Wound,” lurches between a coming-of-age tale and a suggestion of forbidden romance. It features indelible portrayals from Best Actor winner Rene Pastor as Jorge, an inexperienced Ecuadorian soldier, and the lovely Melania Urbina, as the Peruvian nurse, whose duty is to take care of wounded prisoners of war like him.

We couldn’t keep our eyes off “Alpha” (Spain), Joan Cutrina’s crime thriller in the festival’s Ibero-America section, which explores contentious moral issues in an enthralling way, and plays out like Andrew Lau’s “Infernal Affairs.”

It follows three bosom buddies who are forced to go their separate ways after a botched robbery attempt. Eight years later, the trio can’t be more different: Toni (Alex Barahona) is a cop, while Eric (Miquel Fernandez) intends to go straight after he’s released from prison for the sake of his old mother and troubled younger brother—and Tom (Juan Carlos Vellido) is now the leader of a criminal organization.

Told with unrelenting brevity, the duo’s improvisational story follows aimless thief Fabien (Tregant), who suddenly finds a semblance of normalcy when he meets a single mother and her young daughter in the snowy plains of Flanders. But, when the dangerous people he owes money from begin to hound him, he jumps at the next opportunity to fly the coop!

At the other end of the storytelling pole is Maguindanao-born Lav Diaz’s deeply provocative martial law drama, “Mula Sa Kung Ano Ang Noon” (From What Is Before), the festival’s piece de resistance, which is described in jest by a writer-friend as “one of the filmmaker’s ‘short’ films”—at five hours and 45 minutes (“Evolution of a Filipino Family” is 11 hours long, while “Death in the Land of Encantos” clocks in at nine hours)!

If you have the attention span of a goldfish, this movie isn’t for you. But, the fest’s Best Picture awardee has a payoff worthy of its evocative setup. The film reminded us of a time in the early ’80s when our father would unexpectedly whisk the whole family off to Davao City, then a two-hour, 75-km drive by car, because he heard rumors that rebels would descend on our hometown!

In “Mula’s” gorgeously photographed remote barrio, danger lurks in every nook and cranny—but, the dark secrets its residents keep are more perilous than the rituals and superstitions they believe in: Itang (Hazel Orencio) is deeply religious, but is forced to go back to faith healing to support her mentally incapacitated sister, Joselina—who is the object of winemaker Tony’s (Roeder Camañag) lustful affection.

Farmhand Sito Almazan (Perry Dizon) has been fired from work because of his inability to stop the cow hackings that have plagued the ranch he watches over.

But, there are other unexplained occurrences that unnerve the villagers—a situation that degenerates further when Army Lt. Perdido (Ian Lomongo) and kooky peddler Heding (the scene-stealing Angelina “Mailes” Kanapi) come to town!

Yes, the film is way too long—in fact, halfway through the screening, we were the only one left in our previously jam-packed row!

But, Diaz is such a compelling storyteller that you’ll hardly notice the passing of time—until your bladder begs for relief.

The movie’s unorthodox rhythms and lengthy screening time allow the characters to get under viewers’ skin—and, by the time you leave the theater, you develop a lived-in familiarity and affinity to them.