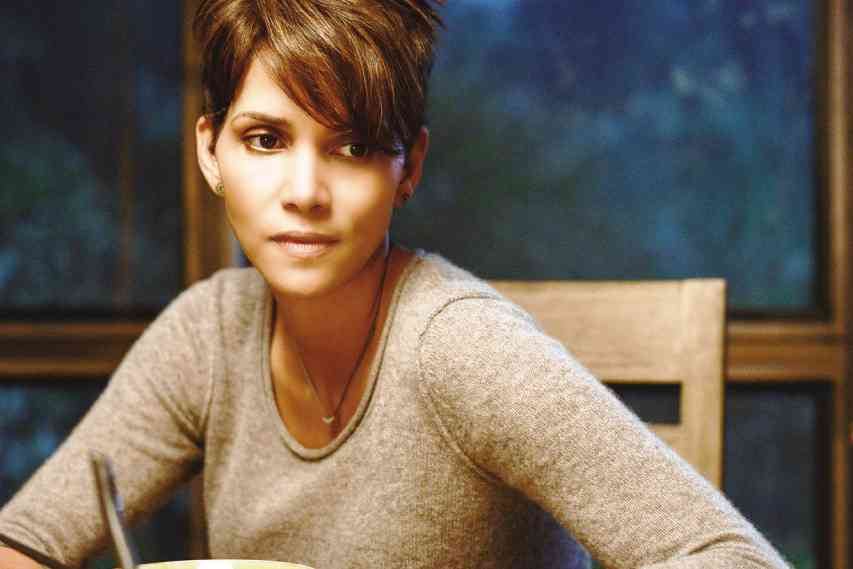 BERRY Portrays an astronaut who returns home from a long solo mission in space.

LOS ANGELES—“First of all, am I at the tail end of my career? Maybe I am and nobody has told me,” Halle Berry said with a laugh on the set of “Extant,” her new TV series, in a studio in Culver City, California. She was replying to a question about the time when film stars took TV show gigs when they were at the tail end of their careers.

“What’s great about it is, it’s no longer that,” said the stunning Oscar and Golden Globe Award winner. In “Extant,” a CBS drama/sci-fi/thriller that counts Halle and Steven Spielberg as producers, she plays an astronaut who returns home from a long solo mission in space and tries to go back to her normal life with her husband (Goran Visnjic) and son, a “human robot.” But her experiences in space and home trigger events that will impact earth and mankind.

“You have people like Matthew McConaughey (going into television),” Halle added about the changing landscape of television, where many say the interesting work is, not in cinema. “I remember when I first saw Glenn Close on television. I was inspired by that because it’s so hard these days to find good roles to play, especially for women.”

“When that line started to blur, it made more opportunities for everybody,” said Halle. “Television has always been a medium that I have found a way to work in. Then, I go back to film. We are now feeling the freedom to go where the good work is.”

Being a mother to two kids—Nahla, 6 years old (her daughter with ex-boyfriend Gabriel Aubry) and Maceo, 9 months old (her son with husband Olivier Martinez)—was one of the reasons she related to her character, Molly, an infertile woman who comes home mysteriously pregnant after her space mission.

Halle admitted that she was initially worried that a TV series might eventually end up a routine job for her. “That was a fear—that I would get bored, that it would be a 9-to-5 job,” she remarked. “But this was more like 9 to midnight,” she said, chuckling again.

“I never know what’s next,” she gushed. “The way they do television, you don’t know what’s coming the next week. Each week feels like it’s a new play, a new show and something new to discover.”

Asked if her husband will guest on her series, Halle smiled as she answered, “Olivier will not be in ‘Extant.’ He had a good time on ‘Revenge’ (the TV series where he played Pascal LeMarchal). So, now that he’s living here, if there’s television work for him and it’s something he responds to, he would absolutely do that.”

Halle hinted that there will be name guest stars who will appear in “Extant,” which also features Brad Beyer, Grace Gummer (Meryl Streep’s daughter), Camryn Manheim and Pierce Gagnon.

Halle had originally wanted to move with Olivier to his native France. “I was well aware of the laws there that protected children,” she explained. She was referring to the paparazzi who constantly stalked her and her daughter Nahla in LA.

“When the judge said no, I thought, ‘What can I do if I have to stay here?’ I have to effect change because my daughter was afraid to leave the house because of the circus that used to follow us.”

That issue motivated Halle and other actress moms, including Jennifer Garner, to champion a California bill that would make it illegal for paparazzi to take photos of celebs’ children in a harassing manner. She took her case to the state government in Sacramento, California.

“By doing that, the law was actually changed,” Halle reported. “It didn’t take their (paparazzi’s) right to take photographs. What this law does is, it acts like a deterrent. It tells them, you can take these pictures if you must, but you are going to have to do it in a way that doesn’t frighten and terrorize the children.”