Another rave review for ‘Norte’

NY website has dubbed Filipino four-hour epic as its ‘Film of the Week’
By: Bayani San Diego Jr.
Philippine Daily Inquirer / 12:34 AM July 11, 2014 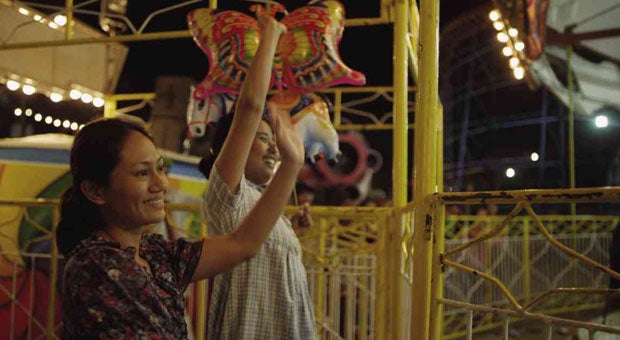 ANGELl Bayani (left) and Hazel Orencio in “Norte”: “A marvel of simplicity, depth and deviousness.”

The official publication of the Film Society of the Lincoln Center in New York, Film Comment declared “Norte” as its “Film of the Week.”

In a review that came out on June 19, critic Jonathan Romney asserted that length is not an issue in “Norte,” “with its narrative economy, clarity and gently purposeful forward drive.”

Romney pointed out that “Norte” is more “streamlined and watchable … [and] feels a lot shorter than the arduous grind of many an artificially busy Hollywood production.”

He asserted that length doesn’t define this film—rather what makes it “distinctive” is the “way that Diaz balances design and contingency.”

“Norte” tells the Dostoyevskian stories of a law-school dropout and an impoverished couple whose fates are linked, and altered, by the brutal murder of a loan shark.

He noted that the experience of watching a Diaz film “is akin to participating (in) its creation.”

More than a “feat of endurance,” watching Diaz’s work results in “comradeship, sharing a venture outside the common domain of cinema.”

Romney explained that “Norte” is precisely “compelling” because of “Diaz’s extraordinary mise-en-scène, and the way that he and director of photography Larry Manda use the wide-screen frame.”

The critic remarked that there is a method in Diaz’s maddening universe.

Diaz, Romney clarified, is not a director “who makes it all up as he goes along.” The critic emphasized:  “Norte” is characterized by “a tightly structured narrative that, for all its length and languid pacing, contains very little dead time.”

He recalled that “Norte” made waves when it premiered in the Un Certain Regard section of the Cannes International Film Festival last year.

“Norte” was “widely acclaimed as a highlight of the festival,” largely because it marked a breakthrough moment, when “a supposedly ‘impossible’ (if not unwatchable) director [was] officially received into the realm of the possible.”

In sum, Romney hailed “Norte” as “a marvel of simplicity, depth, and deviousness, too.”