Maja: Playing a mistress was a risk that paid off 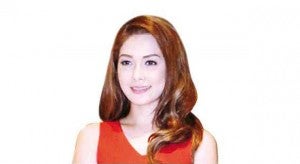 MAJA Salvador at her launch as celebrity endorser of Robinsons Land Corporation. She has become in demand as a brand ambassador.

“Choosing to portray a mistress was a big risk for me. Nobody would want to be associated with a home wrecker,” said Maja Salvador, who played the controversial character Nicole Esquivel in the recently concluded series “The Legal Wife” on ABS-CBN.

“Luckily, viewers are smarter now than before, and able to distinguish Nicole from the real me. They would say, ‘We hate Nicole, but we love you, Maja,’” she said. “I was used to young girls and teenagers asking for souvenir photos with me during mall shows, but since the show, even fathers and grandmothers have been approaching me.”

Maja confessed that she herself had difficulty understanding her character in the beginning, “More so, make the viewers understand her… I had to make them know what she’s going through so they wouldn’t hate her, so they’d see her side.” The series also featured Angel Locsin as Monica de Villa, Nicole’s best friend and wife of her lover Adrian, played by Jericho Rosales.

The program finale, which aired last month, drew mixed reactions from viewers. “Some hated it; some liked it,” Maja said. “Viewers were loyal to the show because it was realistic. That was why we didn’t include kidnapping or murder scenes usually included in local soap series.”

Now that “The Legal Wife” has ended, Maja said, she could finally focus on preparing for her one-night concert on July 12 at the Music Museum titled “Maj: The Legal Performer.”

How would you have ended “The Legal Wife”?

I already like how our writers chose to end the show. It’s interesting that, when Nicole destroyed a family, she also ruined herself—she lost her son. The lesson that Nicole’s experience 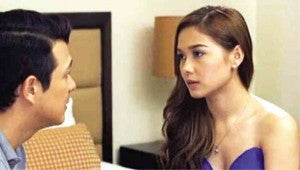 MAJA and Jericho Rosales in “The Legal Wife”

tried to impart to viewers was that you shouldn’t depend on another person to make you feel happy and complete. If there is to be another conclusion to it, I think the legal wife should end victorious. However you look at it, it was Nicole who made the mistake.

Your boyfriend Gerald Anderson says he prefers not to work with you. What’s your take on that?

We’ve talked about it. We both think it’s better to keep our relationship separate from our work. This way, we can protect and preserve it.

Will you let him watch your concert?

I have invited him, but I know he’s busy with “Dyesebel.” It depends on whether or not he has work that night. I hope he doesn’t tell me if he makes it. I don’t want to feel self-conscious. I’ll be performing with Rayver Cruz, Enchong Dee, Enrique Gil and Piolo Pascual.

What songs will be included in your repertoire?

It’s important that I perform the theme song of “The Legal Wife.” I’m rehearsing it with my voice coach. I’ll also do a medley of songs by Jaya. I’m a huge fan. I always sing her songs in videoke joints. I want the opening number to be upbeat.

I have yet to come up with the final lineup, but there will be songs by Beyoncé, Jennifer Lopez and Britney Spears. I want to make sure there’ll be dancing, because it was through dancing that people first noticed me.

I will try hard to be what the title suggests, a total performer. I want to give my best in every single production number.

Does “Dahan-Dahan,” the song you composed, refer to your own career path?

It actually does! When I started in this business I didn’t aim to be a superstar. I said I wouldn’t rush because I’d eventually get to where God wants me to be. I’m thankful that I’m given the right projects. I’m grateful to “The Legal Wife” because it had a huge impact on my career.

What else do you want to achieve as an artist?

I still dream of working with a lot of fellow artists. The next series I’m doing for ABS-CBN is a dream project, too. I’ll be working with some of the biggest stars in the industry.

I’m also happy that I got to penetrate the music industry. (Maja’s album “Believe,” released by Ivory Music and Videos, recently got a Gold Record award.) This means that, if I’m not working on TV and movie projects, I have something else to focus on—making music and performing. I’m glad I can offer a lot of things to my supporters.