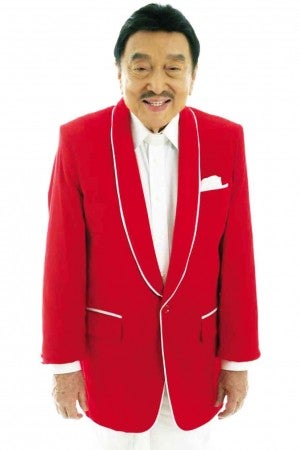 JULY marks the Month of Smiles to celebrate the life of Dolphy.

As we commemorate the second death anniversary of Tito Dolphy on July 10, my memories of the Comedy King remind us that, amid all the chaos in this country, we should not lose our sense of humor. Not that we should take things lightly. But somehow, laughter makes the unbearable bearable. Thank you, Pidol, for the gift of laughter that you gave fellow Filipinos.

Actor Ronnie Quizon, son of the Comedy King, shares the family’s plans with us:

“We celebrate July as the Month of  Smiles. It includes my dad’s death anniversary on July 10; the National Day of Remembrance, July 13 (as declared by President in 2012); and his birthday, July 25.”

“On July 20, we will have a fun run fundraiser, Botak at Kadla ni Pidol, which starts at the Quirino Grandstand in Rizal Park. The route covers Roxas Boulevard, passing by my dad’s statue in front of Museo Pambata. There will be an LGBT event called One Pink Day, to toast the gay characters that Dad played onscreen,” he said.

From July 20 to 25, Quezon City will host a Dolphy Exhibit at the city hall. To highlight his birthday, a concert dubbed ‘Gabi ni Dolphy’ will be held at the football/track-and-field stadium of the Marikina Sports Center. Members of the Quizon family, along with Zsa Zsa Padilla  and other ‘surprise’ guests, will perform in the concert.

“After the show, two of Dolphy’s movies will be screened. That same day, people will get the chance to play the first game app named after a Filipino, ‘Dolphy Clean Up,’ an environment-themed game for all ages.

According to Ronnie, proceeds from the show will go to the advocacy projects of Dolphy Aid Para sa Pinoy Foundation and Marikina Watershed Foundation. Other ‘Dolphy projects’ are  the Pidol Cup golf tournament and a planned Dolphy Museum.”

When news broke about the online bashing of Batangas Gov. Vilma Santos by netizens over misspelled words, I immediately  texted Ate Vi. Her reply: “I’m fine. It’s a minor issue. Pinalaki lang! Tomorrow is another day. Thanks,  friend.” 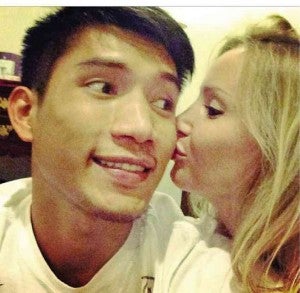 JAMES Yap and Mic Cazzola are very much in love.

For lack of anything to  say against  the Star of All Seasons, people are making a big deal out of a non-issue. Just like any Filipino, it’s only normal for Ate Vi to commit mistakes when using the English language. Some people just  have a knack for finding fault in the meaningless.

As soon as I finish writing this column, I am meeting up with my good friends, James Yap and his fab girlfriend Mic Cazzola, for the PBA championship match.  James admitted recently that he had an older child—that is, aside from Bimby, his son with Kris Aquino.

That’s an open secret, and old news in James’ inner circle. I will let you in on my talk with Mic and James in my next column.

Meanwhile,  James is all set to “father”  a grand slam victory for the San Mig Coffee Mixers in the PBA Governor’s Cup. 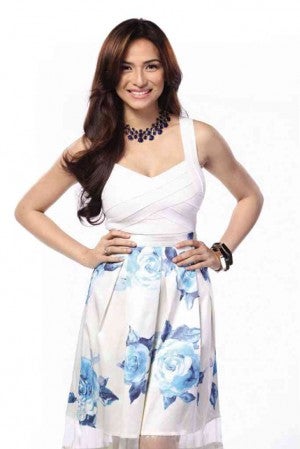 JENNYLYN Mercado found a solution for her not-so- perfect arms.

Single motherhood becomes Jennylyn Mercado. She exudes an inner glow enhanced by her regular beauty treatments.  She headlines  Belo Medical Group’s  (BMG) Belo Confessions campaign. Although weight was never a problem for her, the Kapuso star’s complaint has always been her arms. Apart  from triathlon activities that keep her fit, she has undergone BMG’s Laser Lipo Arms.

That’s one confession which requires no penance, but yields rewards instead.

Thought for the day

What will the fate of our nation be if it’s all in good faith? Oh yeah! Good fake!